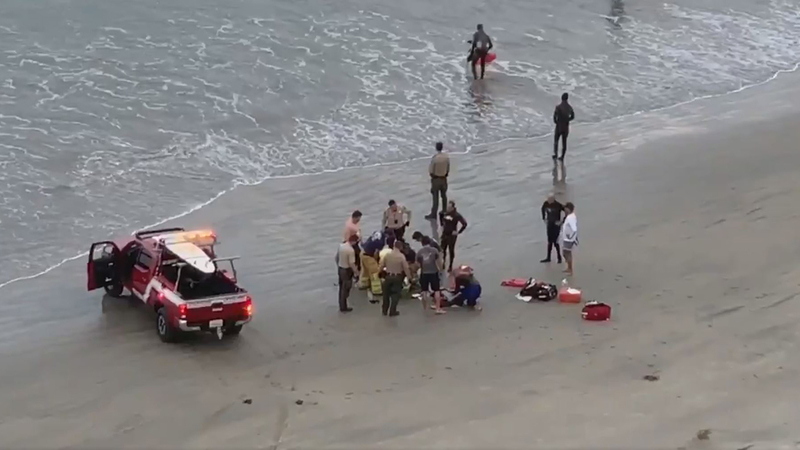 SAN DIEGO, Calif. -- A 13-year-old boy was hospitalized Saturday morning after being attacked by a shark at a beach in San Diego County, officials said.

Encinitas lifeguards and sheriff's deputies responded shortly before 7 a.m. to the incident at Beacon's Beach.

The 13-year-old victim, whose name was not disclosed, suffered multiple shark bites and was transported to Rady Children's Hospital in San Diego, according to a spokesperson for the medical center.

Officials with the city of Encinitas' Marine Safety department discussed the attack at a morning press conference.

Officials said the shark was seen in the water by bystanders, and may have been around 11-feet long.