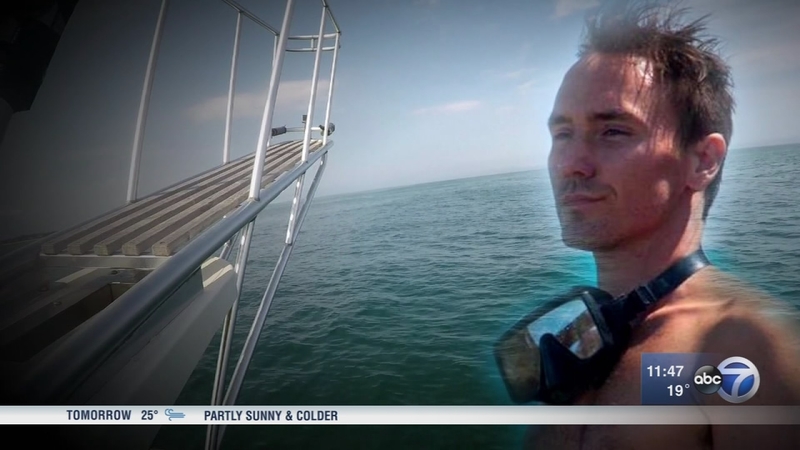 A search is underway for Rob Stewart, the award-winning shark filmmaker who disappeared Tuesday while working on his next shark documentary in the Florida Keys.

"You're underwater, and you see the thing that you were taught your whole life to fear, and it doesn't want to hurt you, and it's the most beautiful thing you've ever seen," Stewart, 37, said in the trailer for his award-winning movie "Sharkwater."

But now, the Coast Guard is desperately searching for Stewart after his sudden disappearance Tuesday afternoon, right as he was working on his sequel, "Sharkwater Extinction." A photo was taken of him on his boat the day before he disappeared.

Stewart and four others were diving off the coast of Islamorada in the Florida Keys when - at the end of their dive - he came to the surface and signaled he was fine. But as the boat turned around, he vanished.

"I had already been out of all my gear, so I just grabbed a mask and a pair of fins and jumped in the water and started swimming in circles to see if I could find him, but I couldn't find him," said Brian Cahill, a friend.

His parents are heartbroken, but trying not to lose hope.

"If God cares, he's going to bring him back to me," said Brian Stewart, his father.

His parents are hoping the experienced diver's years under the sea will somehow help him survive the unthinkable. His best friend Tyler MacLeod pleaded for anyone's help on ET Canada.

Stewart has dedicated his life to changing the perception of sharks. He spoke to Nightline about it a decade ago.

Now his loved ones are hoping he hasn't given his own life, trying to protect theirs.