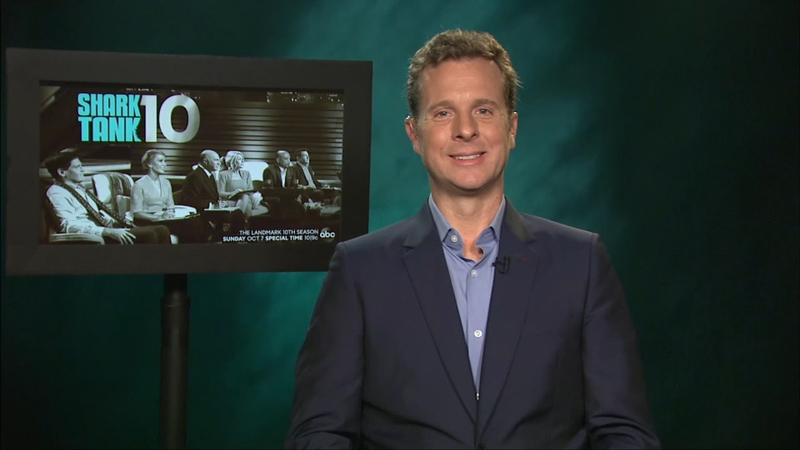 NEW YORK -- Shark Tank is returning for its 10th season and 200th episode! Inventor and successful entrepreneur Jamie Siminoff is joining the show as a guest shark for the season premiere. He's the first person to ever go from contestant to shark in the show's history.

He pitched his doorbell, back then known as DoorBot, and now better known as Ring, to the sharks back in 2013. He left without making a deal, but his company is now a security powerhouse, especially after Amazon purchased Ring earlier this year.

Jog your memory with this clip from five years ago:

Remember Jamie Siminoff? Well, he's back, but this time it's a little different! #SharkTank pic.twitter.com/mrDL2GIIG1

"It's pretty surreal, five years ago I came onto the Tank, drove from my garage to go there, I was like a broken inventor and that was, I thought I had achieved the American Dream by being on Shark Tank, never to have my wildest dreams of actually being a shark on Shark Tank," Siminoff said.

This episode he'll be joined in the tank by Mark Cuban, Kevin O'Leary, Daymond John and Lori Greiner.

Siminoff says that when it comes to who and what he invests in, he's looking for companies with staying power.

"I'm looking for that person that is just so committed, so excited, so passionate about what they're doing that no matter what they'll make that business work through the hard times and through the good times," he said.

Funny enough, Siminoff said he had no idea that his episode would end up being the big premiere, 200th episode!

"It's really a kind of incredible thing, so it's really exciting for me and my family to be able to do that," Siminoff said.

Don't miss the big premiere of "Shark Tank," Sunday at 10/9c, on The ABC Television Network, streaming and on demand.

THIS SUNDAY, we're back with an all-new episode featuring guest Shark @JamieSiminoff who has his own #SharkTank story that has come full circle. pic.twitter.com/wBZVoDxvhs