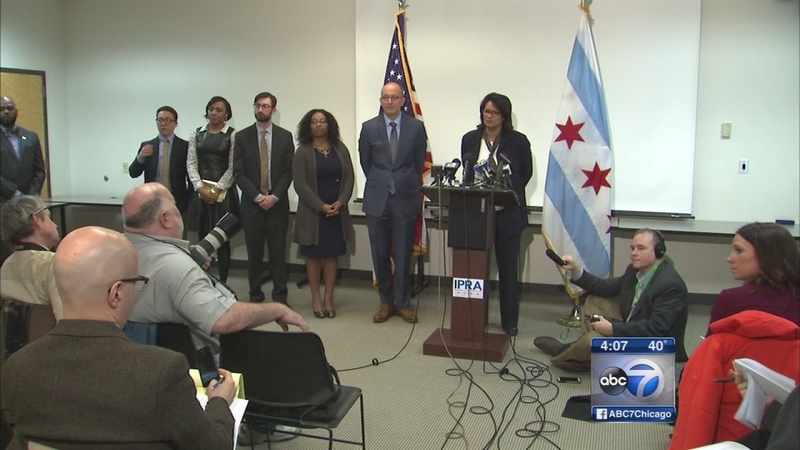 CHICAGO (WLS) -- It's been 100 days since Sharon Fairley, a former federal prosecutor, was appointed to head the Independent Police Review Authority (IPRA).

Mayor Rahm Emanuel appointed her in December amid the protests that began with the release of the shooting video of Laquan McDonald. Wednesday Fairley announced a number of new reforms for the agency.

Fairley has been spotted on scene at recent incidents in which police officers fired weapons. She introduced her team of investigators, attorneys and community liaisons at a press conference, as well as announcing changes to how the agency reviews allegations of police misconduct.

IPRA is among the systemic problems named by protesters who have been critical of the mayor, police superintendent and Cook County State's Attorney.

"There is nothing that the current system of IPRA could do, given its history of quite literally letting police officers get away with murder," said Sheila Bedi, an attorney supporting a special prosecutor for the McDonald case.

Fairley said she will seek input from a Community Council and an outside law firm will audit previous investigations.

"First and foremost, we want to make sure that our police department has a use of deadly force policy that allows these investigations to be resolved fairly and in the interest of justice for everyone involved," she said.

A team of former prosecutors, some from the Chicago area and some from other parts of the country will randomly select 20 to 40 cases to review. While they are all closed, Fairley says she will make changes or take action if there is cause.

The audit report is expected to be made public in September or October.