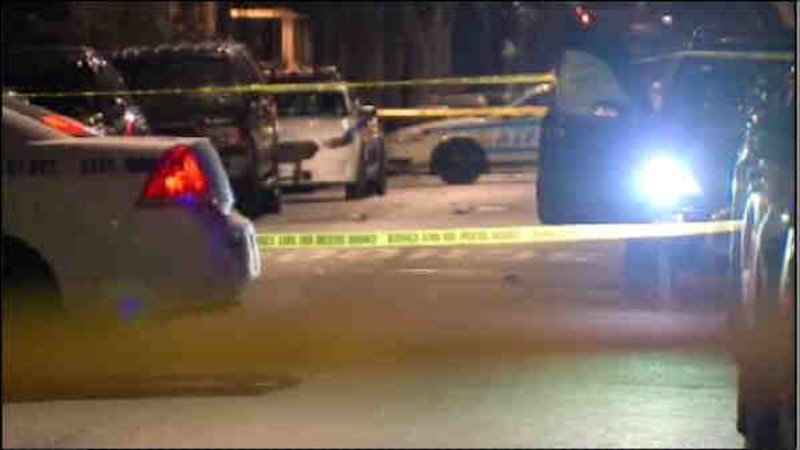 NEW YORK -- A mother is recovering in the hospital after an apparent murder-suicide in Brooklyn Thursday night that left her boyfriend and the suspect dead.

The suspect, 39, is the ex-boyfriend of the woman, and they have children together. They had planned to meet to hand off the children to the mother.

She was waiting in her car to pick them up on East 91st Street in East Flatbush just after 5 p.m. when the suspect walked over to the vehicle and saw the woman's new boyfriend standing outside the car.

According to police, he shot the boyfriend, 44, in the head. The boyfriend was pronounced dead at Brookdale Hospital.

Police said he then shot into the car, striking his 33-year-old ex-girlfriend. She is in stable condition at Kings County Hospital and expected to survive.

The suspect walked back to his car, where the two children were waiting, and fatally shot himself in the head, according to the New York City Police Department.

The suspect and his ex-girlfriend were a longtime couple. They have no apparent domestic incident history with police.

The children, ages 11 and 6, were not injured. Police have not said who is caring for them now.

None of the victims has been identified.