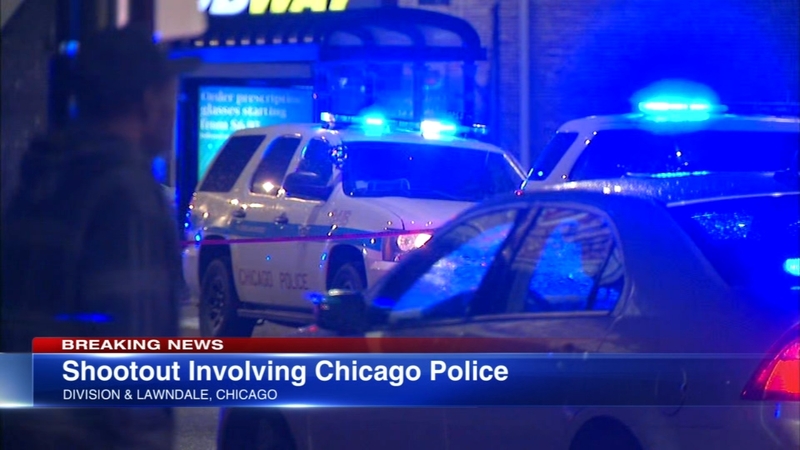 Shooting on NW Side leads to shootout with Chicago police, 1 injured

CHICAGO (WLS) -- A shooting on the city's Northwest Side led to a shootout with Chicago police Friday night.

Chicago police spokesman Anthony Guglielmi said around 8 p.m. officers near North Lawndale Avenue and West Division Street witnessed a man shoot another man multiple times, from which the gunman then fled on foot. Officers gave chase and the shooter engaged them in an exchange of gunfire.

The shooter then got into a waiting vehicle and fled, according to Guglielmi. It is not known if the shooter was struck by police gunfire during the shootout, but police have alerted area hospitals.

The victim, a 33-year-old man, was taken to Stroger Hospital in critical condition, where he died.

An officer also suffered chest pains during the incident and was taken to Stroger Hospital in stable condition.

A large police presence remained on the scene near the three-way intersection of Division, West Grand Avenue and North Monticello Avenue Friday night.