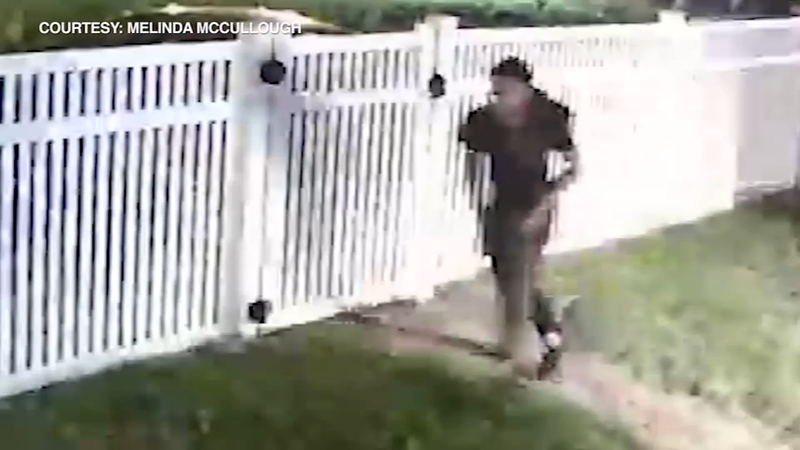 CHICAGO (WLS) -- Police are searching for a suspect in West Pullman after he led state troopers on a chase and fired shots at them Tuesday morning.

Illinois State Police said that just after midnight, a trooper on routine patrol saw a suspicious vehicle and ran the license plate on I-94 near 79th Street. The white Range Rover was wanted in a homicide in Maywood Monday afternoon.

State Police pursued the vehicle and led them on a chase on I-57 and then the pursuit continued onto 111th Street, where the suspect slammed into another car. Fortunately, no one there was hurt.

The suspect continued until he crashed into a pole in the 500-block of West 127th Street, abandoning the car, then running off.

Authorities said he fired shots at police a 127th Street and Parnell Avenue.

Video from neighbor Melinda McCullough captured the man running from police and jumping her home's white fence. Seconds later, he fired a shot at state troopers.

No one was hit. Police used dogs, a helicopter and searched through alleys and back yards to find the man, but he hasn't been caught.

"I just want everybody around here to be safe because there's nothing like this on this block," McCullough said. "This block is majority senior citizen, working people, retired."