'I want visitation:' Siblings separated after mother's death fight to stay together 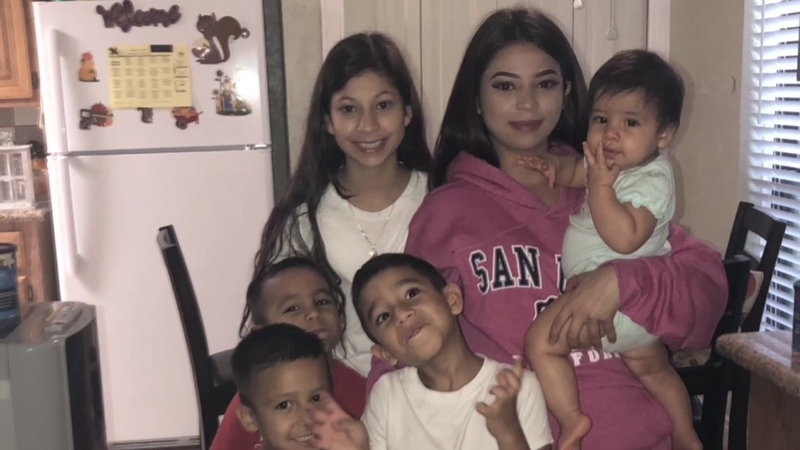 Siblings fight to stay together after mother stabbed to death

HOUSTON, Texas -- High school seniors are supposed to worry about prom, graduation, and college plans during their last year in high school.

But for 17-year-old Angelique Orta, there is no time for high school planning because she's trying to keep her siblings together.

On Aug. 11, Orta's mom Sofia Martinez was stabbed to death in front of her four youngest kids.

The alleged suspect is the children's father, Felix Ruiz. As Ruiz remains behind bars on murder charges, the six siblings have been split up.

"I promised my mom that if anything were to happen, I would take care of them," says Orta, the oldest of the kids. "And they would always be with me, no matter what. But now they're not, and it's hard because I'm used to seeing them every day."

In the midst of the crime scene confusion, police released the four younger children, between the ages of 7 months and 6-years-old, to the murder suspect's parents.

The paternal grandparents have been reluctant to share custody of the kids with any of Sofia Martinez's living family members.

Angelique Orta and Sonia Martinez are allowed to see their four younger siblings once a week. But the paternal grandparents will not let Sonia or other relatives talk to the children.

"If they knew their son was wrong, why keep the four kids away from the last of the family they have on this side," said Sonia. "I would hug them, take them for pizza, and take them swimming."

Eyewitness News went to the Ruiz parents' house to ask why they are reluctant to let the children's siblings spend time with each other. The grandparents closed the door as soon as we began asking questions.

Meanwhile, Child Protective Services tell Eyewitness News that since the children are in good health and there is no accusation of abuse, they cannot be involved. CPS says this is a private custody battle.

"It's going to be hard, no matter what. But I'd rather struggle, to put a smile on their face and to be with them," says Orta, who says she will sue for custody of her brothers and sister when she turns 18.

However, the family says it has already suffered enough losing Sofia. They just wish the murder suspect's parents would show some deference and at least let all the siblings spend time together.

"Even if they can't live with me, I want visitation," says Orta. "I want to pick them up on the weekends, take them for their birthdays and holidays."

A GoFundMe account has been established to help defray the family's legal costs.

Mom stabbed to death inside apartment in SW Houston