1 suspect in custody, 2 on loose after Skokie carjacking 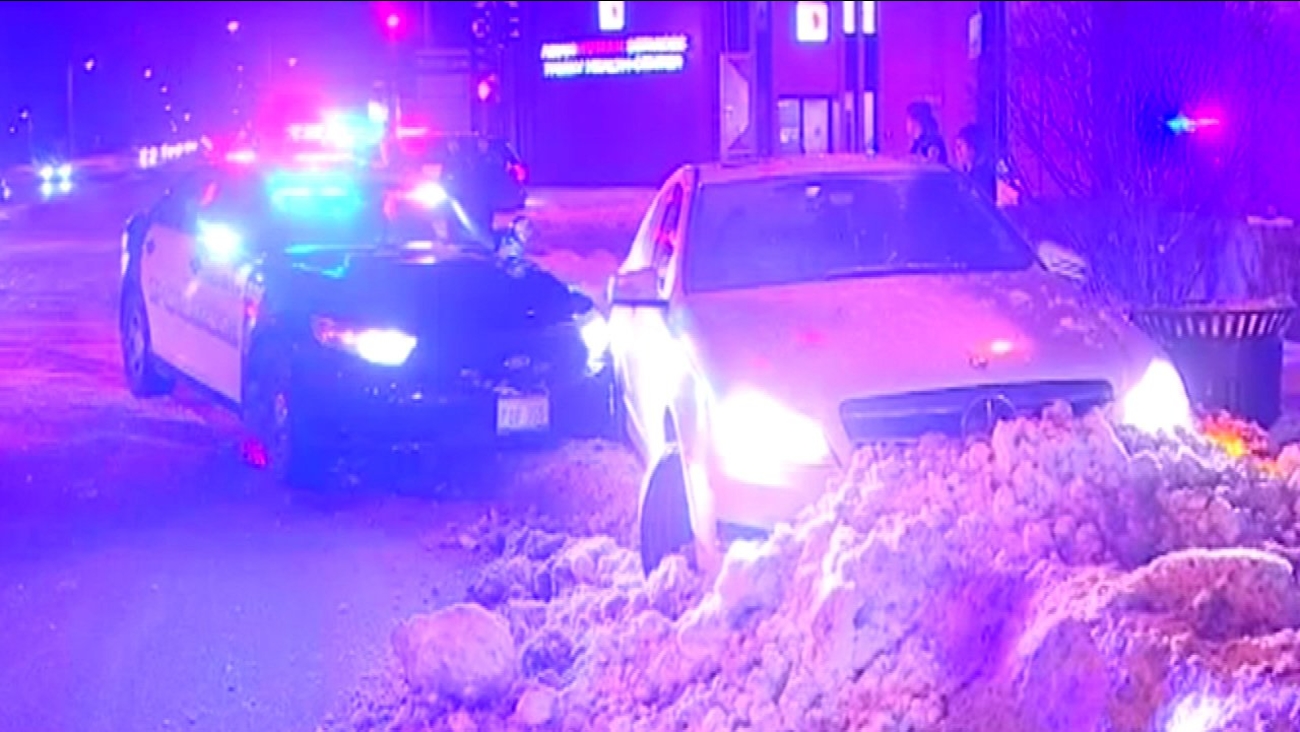 SKOKIE, Ill. (WLS) -- A juvenile suspect is in custody after a carjacking in north suburban Skokie and two other suspects are on the loose after a chase that ended on the South Side of Chicago Sunday, Skokie police said.

The victim gave up her possessions, ran away and called 911, she told police. She was unharmed.

Skokie police spotted the stolen white Mercedes at Lockwood Avenue and Conrad Street. The Mercedes and another vehicle presumed to be trailing the Mercedes fled after police attempted to stop them, police said.

The stolen Mercedes crashes at Lockwood Avenue and Dempster Street and the driver of the Mercedes was taken into custody after a short foot chase, police said.

The other vehicle, a Nissan, was located by Wilmette police officers on the Edens Expressway, and Wilmette, Skokie, and Illinois State Police pursued the Nissan southbound on I-94.

With the help of a Chicago police helicopter, police were led to an apartment complex at 45th Street and Drexel Boulevard in Chicago. Police from Chicago, Skokie and Wilmette surrounded the apartment complex, but could not locate the two suspects. The Nissan was recovered.