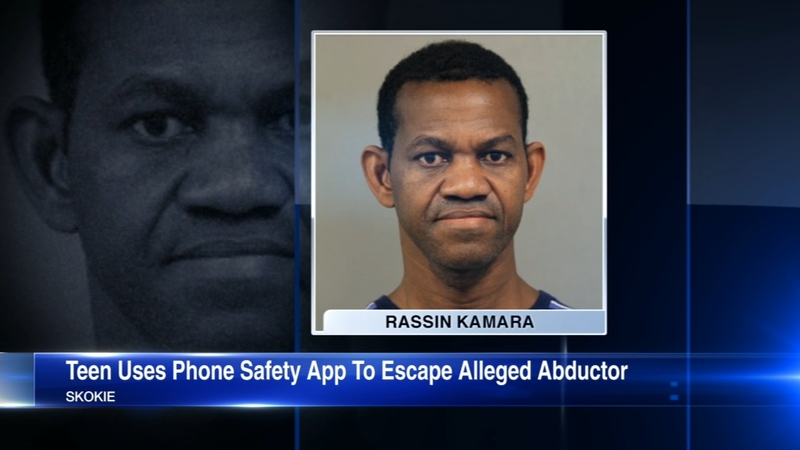 CHICAGO (WLS) -- Skokie Police arrested a Chicago man after he allegedly attempted to abduct a 13-year-old girl on Tuesday.

Rassin Kamara, 52, was charged with a felony count of child abduction.

Police said the girl was walking home from the 5000 block of Dempster Street. As she was walking, the man later identified as Kamara came up behind her, made several alarming statements and handed her a note. The girl activated a personal safety application from her cell phone and told the operator that she needed help because an unknown man was following her.

Police arrived shortly thereafter and took down the 13-year-old's description of the man. Officers later located Kamara, who matched the girl's description, near the intersection of Greenleaf Avenue and Terminal Street.

Skokie Police credited the girl's swift thinking and responsible reactions when she felt she was in danger and encouraged all parents to discuss personal safety techniques with their kids.