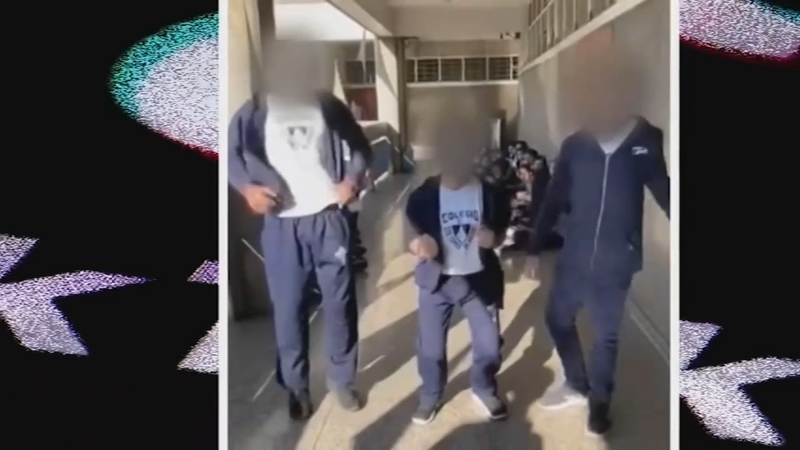 CHERRY HILL, New Jersey -- A family from New Jersey has a warning for others after their son suffered a serious head injury when he became the victim of a viral prank.

It's called the "skull-breaker challenge." The prank videos are popping up on the social app TikTok and only last a few seconds, but the damage can be more long-term.

Doctors say the videos are no laughing matter and can lead to broken wrists, sprained ligaments or spine and brain injuries.

"The truth of the matter, these are dangerous stunts and television shows would say, do not do this at home," said Dr. Grier Arthur.

The skull-breaker challenge involves two people fooling a third person into jumping into the air and kicking their feet out from under them.

Arthur is a trauma surgeon at Saint Christopher's Hospital and says the injuries suffered in a fall like this could be life-changing.

"If you hit headfirst you can have a skull fracture or a hematoma on the outside of the skull or even bleeding within the brain," Arthur said.

Stacy and Marc Shenker have seen the dangers first-hand. Their 13-year-old son fell victim to the prank at his New Jersey middle school and had to be rushed to the hospital.

"I was just shocked. I was beside myself that two kids pulled a prank on my son and that landed him in the hospital," said Marc Shenker.

It's been one month since their son was concussed and his symptoms, including lethargy and headaches, still haven't completely disappeared.

"It's hard. My son, in a way, feels like he's being punished because he's restricted," said Stacy Shenker.

The Shenkers have a warning other kids: think twice.

"When the next craze of the next challenge comes out, think about it...is that really how it's going to turn out?" Stacy Shenker said.

"Just because you see that something looks funny doesn't mean when you try to do it, that it's going to be," Marc Shenker said.