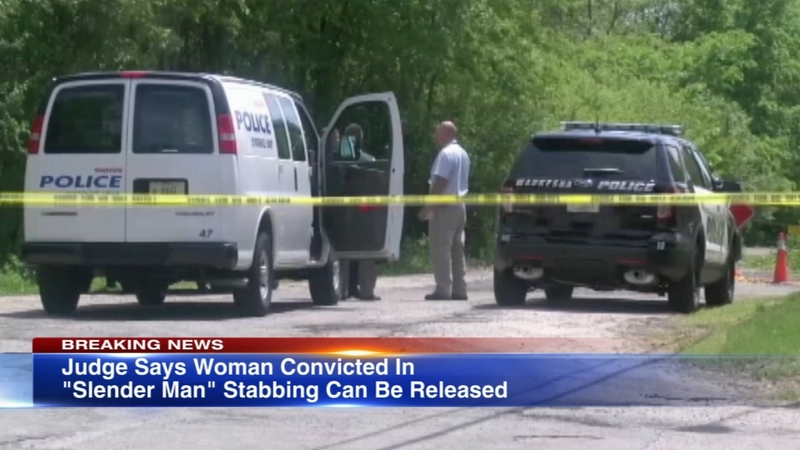 WAUKESHA, Wis -- The second of two Wisconsin women who were sent to a state mental health facility after a 2014 stabbing attack on a sixth-grade classmate that they claimed was to appease the horror character Slender Man is petitioning for her release.

Morgan Geyser, 20, asked Waukesha County Judge Michael Bohren on June 14 to order her release as he did last year for her co-defendant, Anissa Weier, who spent nearly four years at a mental health facility in Oshkosh.

During a hearing Thursday, Bohren appointed three doctors to evaluate Geyser's mental state and to submit their reports by Aug. 26. Prosecutors and defense attorneys will return to court on Sept. 12 to schedule another hearing to review the reports.

According to prosecutors, Geyser and Weier lured Payton Leutner to a Waukesha park following a sleepover in May 2014, and Geyser repeatedly stabbed Leutner while Weier urged her on. All three girls were 12 at the time.

Geyser and Weier left Leutner for dead, but she managed to crawl out of the woods in the park and was discovered by a passing bicyclist.

She suffered 19 stab wounds and barely survived, according to medical staff who treated her. Police found Weier and Geyser later that day walking on Interstate 94 in Waukesha. They said they were traveling to Slender Man's mansion in northern Wisconsin and attacked Leutner because they thought it would make them Slender Man's servants and prevent him from killing their families.

Geyser pleaded guilty to attempted first-degree intentional homicide in a deal with prosecutors and a judge sent her to the Winnebago Mental Health Institute after determining she had a mental illness.

Weier, 20, pleaded guilty to attempted second-degree intentional homicide and was also sent to the psychiatric facility after a jury found she was suffering from a mental illness at the time of the attack.

Last September, Weier was granted a conditional release to live with her father and was ordered to wear a GPS monitor. Some restrictions are likely if Bohren orders Geyser's release.