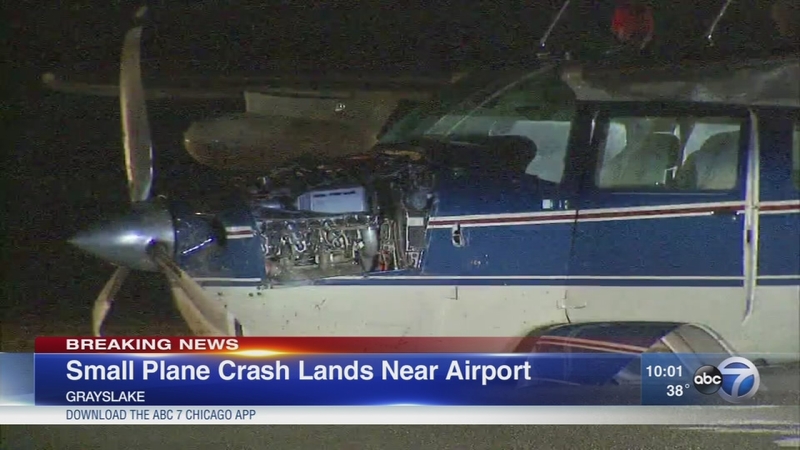 GRAYSLAKE, Ill. (WLS) -- A Cessna 210 with engine trouble made an emergency landing Sunday night near Campbell Airport in Grayslake, the FAA said.

The aircraft had departed from Pierre, South Dakota, and was headed toward Chicago Executive Airport in Wheeling.

The plane landed at about 6 p.m. about 100 to 150 feet short of the runway, skidding into a farm field and across a bridge before stopping on the far west end of the runway, according to the Grayslake Fire Protection District which responded to the scene.

The pilot, of Cary, Ill., did not report injuries, the fire protection district said. Fire crews mitigated a small fuel spill on the ground and turned the scene over to the Lake County Sheriff's Office and the Federal Aviation Administration.

The aircraft was a 1979 single-engine Cessna.

Weather may have played a role in the crash.

The aircraft was registered to Runzel Brothers Aviation LLC in Bensenville, according to the FAA.