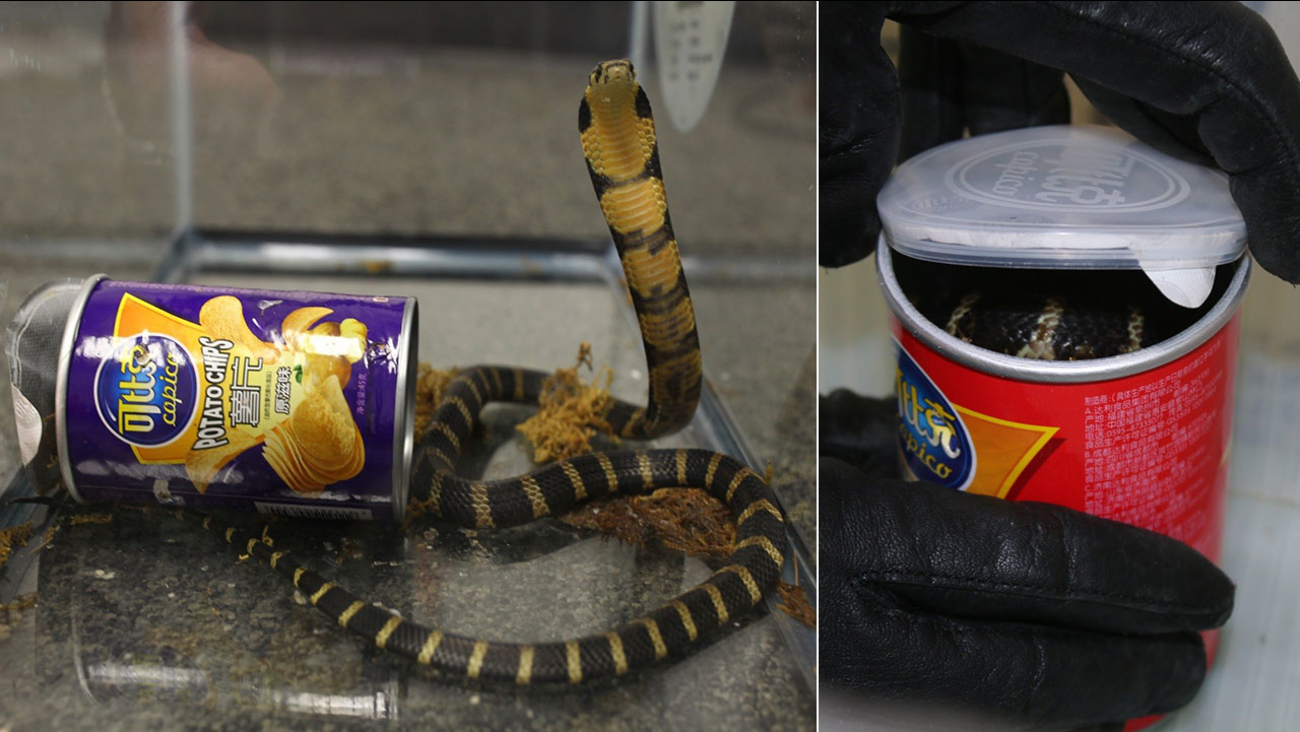 Rodrigo Franco, 34, was arrested Tuesday by U.S. Fish and Wildlife Service agents and could face up to 20 years in prison for the smuggling charges, which includes allegations involving other reptiles and protected species.

Authorities say when they searched his home, they found a tank in a children's bedroom containing a live baby Morelet's crocodile as well as tanks with alligator snapping turtles, a common snapping turtle and five diamond back terrapins - all protected species.

Franco also admitted to having received 20 king cobras in two prior shipments, but all had died in transit, officials said.

The two-foot long cobras - venomous and a protected species - were discovered on March 2 by U.S. Customs and Border Protection agents in a package sent from Hong Kong. The same package being sent through the U.S. Postal Service also contained three albino Chinese soft-shelled turtles.