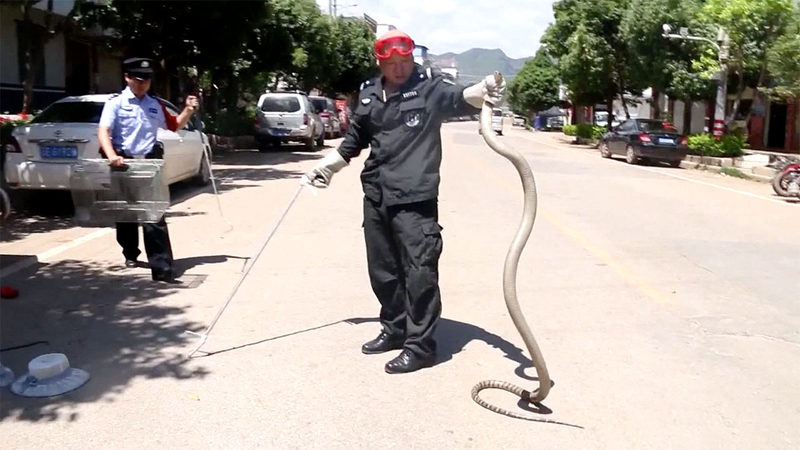 A man in China's Yunnan province was running errands when he discovered an unexpected visitor hiding out in his van: a 9-foot cobra.

The man called the police, and officers found the huge snake was coiled up beneath the driver's seat, Chinese news outlet CCTV reported. As an officer moved in to capture the serpent, it slithered into the van's glove compartment.

Officers eventually used a set of large tongs to extricate the snake from the van's innards, and they said the 9-foot creature weighed nearly 10 pounds.