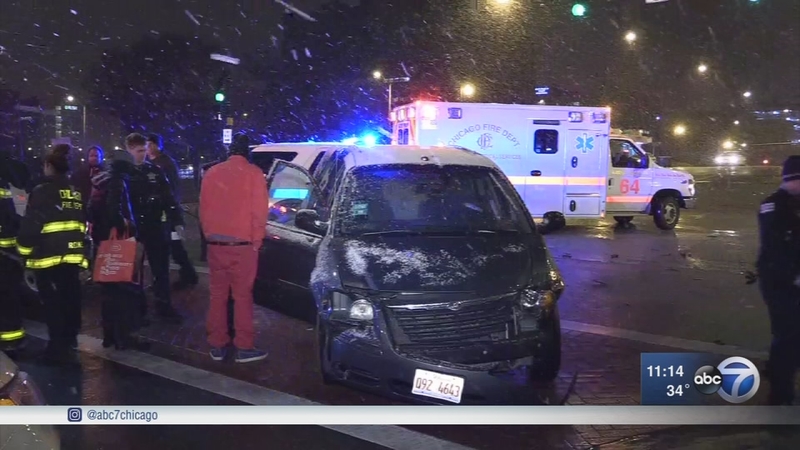 CHICAGO (WLS) -- A fresh coat of snow on the grass and trees was not a welcome sight to many waking up on Monday morning.

The spring snow was enough for some to do a double take.

"I was so sad waking up this morning saying, 'Oh, I got to put on my big coat. What am I gonna do?'" said Chicago resident Delaney Ritscma.

It's a reaction many had Monday morning, as the snow continued to come down and accumulate just like a beautiful snowy day in January.

"This was a surprise for everybody. We were scrambling around the house, getting our long johns and everything. We were not prepared this morning at all," said Chicago resident Sharletta Reddick.

Winter lovers, though, can't get enough.

The snowy morning commute did cause a number of problems though. It caught some drivers off guard when it started coming down late Sunday night into early Monday morning and the pavement quickly became slick.

Several crashes have been reported, including one on the Dan Ryan Expressway at 49th Street and another on the Edens Expressway at the Dempster exit.

After a brief break, the heavy snowfall picked up once again, accumulating fast on cars, on the pavement and those walking on it.

"It's just Midwest weather. What can you expect from that?" said Ritscma.