Girl, 12, dies after snow fort collapses on her outside Rothem Church in Arlington Heights 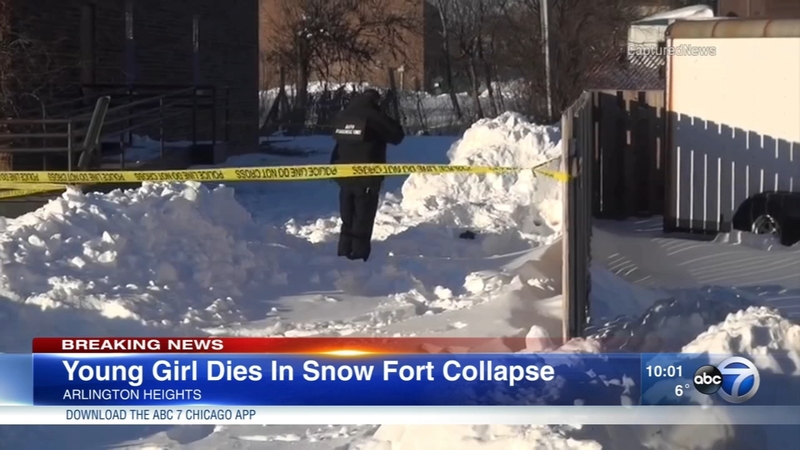 Girl, 12, dies after snow fort collapses on her in Arlington Heights

The girl had built a snow fort with a 9-year-old girl near a snowbank at about 2:40 p.m. outside the Rothem Church on East College Drive.

The fort collapsed on both girls, killing the 12-year-old girl. She was in cardiac arrest when she was taken to a hospital and pronounced dead at about 4:30 p.m.

The 9-year-old girl was taken to Northwest Community Hospital and treated for hypothermia. She was being held Sunday night for observation, Arlington police said.

The girls were with their families attending church services and went outside to play in the snow. A weekend snowstorm had dropped several inches of snow across the Chicago area. Sunday afternoon, police tape surrounded a huge mound of snow outside the church.

About an hour later, family members began to look for them and found them underneath the snow.

Arlington police called the incident an accident and did not suspect foul play.

The Cook County Medical Examiner's Office is scheduled to do a post-mortem on Monday.