Awarded $20M for a wrongful conviction, exonerated man gives back 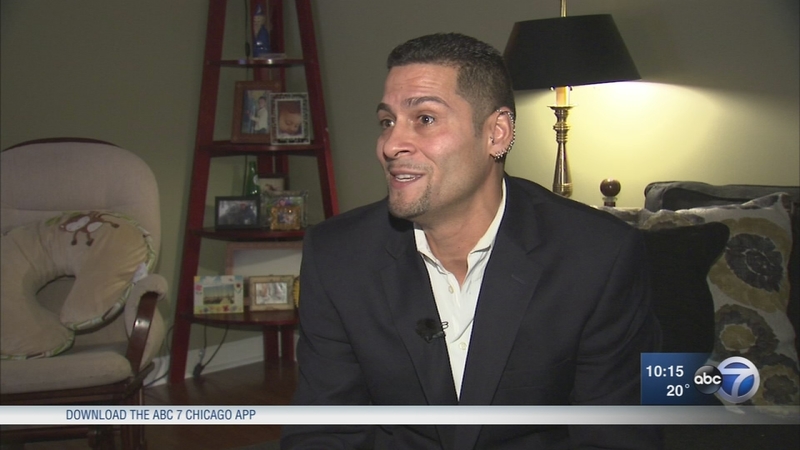 Awarded $20M for a wrongful conviction, exonerated man gives back

CHICAGO (WLS) -- Juan Rivera is a $20 million man, receiving the money in a settlement for the 20 years he spent in prison before DNA evidence cleared him. Rivera invited ABC 7 Eyewitness News to his unassuming three-bedroom bungalow-style home in Rogers Park where he lives with his fiancee and two kids, and he opened up about what he's been doing with his life and his money.

Rivera was convicted for the rape and murder of 11-year-old Holly Staker in 1992, convicted three times despite his claims of a coerced confession and despite DNA evidence pointing to someone else. An appellate court later freed him, he sued and in 2014 won a $20 million settlement.

On Jan. 6, 2012, Rivera walked out of prison a free man. But since that moment, he will tell you his life has been anything but easy.

"I've been out a little over five years and I still cannot go out in public, like in a big crowd. I get nervous, I start sweating, I get into panic attacks, so it's still a process. I still get death threats and... people are very ignorant and approach me," Rivera said. "I didn't earn what I was given. This was given to me by my pain and suffering."

Now that he's out and $20 million richer, how does he go about life?

"When you have never had such a quantity of money, I mean, growing up to have rice and meat was a luxury. So now that I'm capable of having that, I don't let it get to my head. I try to be as simple as I possibly can," he said.

A team of advisors help Rivera manage his finances, and he is still close to one person who got to know him well while he was in prison: barber instructor Bobby Mattison, a correctional officer there.

"He had the right texture of hair, that's how it all started off, and he was working in the kitchen. I asked him if he wanted to come and let me cut his hair. I wanted to show the new students I had how to cut his hair," Mattison said.

"I just saw the passion he that he had in giving back. I figured, you know, I can do that," Rivera said.

So with part of the settlement money, Rivera gave Mattison $300,000 and together they've started Legacy Barber College on Chicago's South Side.

The state-of-the-art facility has conference rooms, a lounge, a store where students can learn to sell products, and every student will have their own station and tablet computer.

"How many people come to the South Side, to the ghetto, to give less fortunate individuals an opportunity? Whether they have committed crimes or not, I felt that this was the perfect opportunity to show that we can give back," Rivera said.

And along with the barber college, Rivera is working on starting a non-profit that will offer financial help and resources to exonerees trying to get back on their feet.
Related topics:
societychicagorogers parkhairlawsuitwrongful convictionnon profit
Copyright © 2021 WLS-TV. All Rights Reserved.
More Videos
From CNN Newsource affiliates
TOP STORIES