Chance the Rapper returns to 'OpenMike' that gave him his start 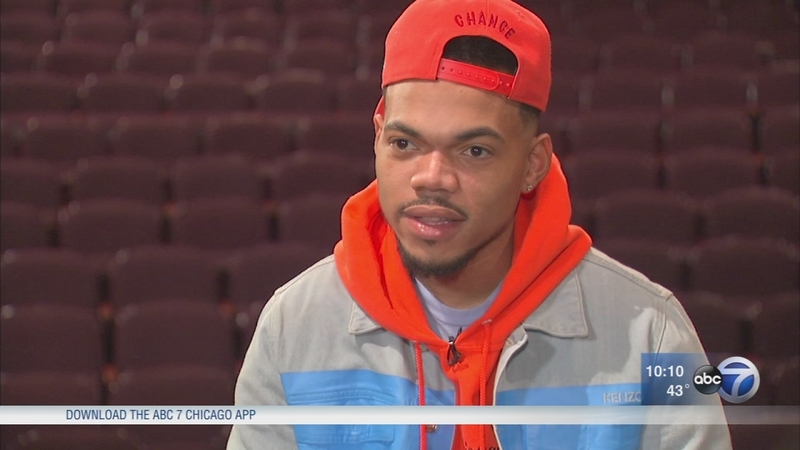 EXCLUSIVE: Chance the Rapper returns to open mike that gave him his start

CHICAGO (WLS) -- Chance the Rapper returned to the local program he credits with providing a key step to his success, and spoke exclusively with ABC 7 Eyewitness News about honoring his mentor's legacy by paying it forward.

Chance is back in a familiar place: "OpenMike" night at the Harold Washington Library. He celebrated with the gospel choir Joshua's Troupe. The night, called "OpenMike Chicago," is where young Chancellor Bennett perfected his rapping skills. The You Media Center is an incubator for creating music and dreams.

"It's about building their own community here," Chance said of the showcase.

It was a chance encounter with his late mentor Mike Hawkins, better known as Brother Mike, which led to the monthly gathering.

"Brother Mike was, uh, the first guy that I met that really, really cared about how good I was at rapping... But really, like, he saw what was wrong with me and wanted to make sure I got better," he said.

Chance said he is so dedicated to the students at the open mic because they remind him of himself.

"I'm not saying, like, at a level they have, like, they're so professional that they are already in their craft but, like, just giving kids a stage to just get better at what they do," he said.

The 23-year-old has been performing since he was a toddler. But it was his senior year at Jones College Prep, during a 10-day suspension, when he created a mix tape some say is a masterpiece that launched his rap career. It was titled, aptly, "10 Day."

"What I do is I thank God for every experience that I had. I'm respectful for all the people that have come in and out of my life that have changed me," Chance said.

What followed would complete a trilogy describing his life journey through song: his second album "Acid Rap, then "Coloring Book" for which he won three Grammys. He made history as the first artist to win Grammys without releasing a physical product - "Coloring Book" was streaming-only.

His lyrics often reflect his upbringing on the South Side in Chatham. He has a tattoo on his chest that reminds him that even though he has achieved success, there's more to do.

"Yeah, I got a tattoo, it says, uh, it says 'get back to work' but it's written backwards so I can read it in the mirror... Yeah, but it was important to me to know there is no end goal, just a series of check points in life," he said.

Chance also spoke about faith, fatherhood and his charity work, as well as how his parents - who were activists at his age - inspired his generosity now.