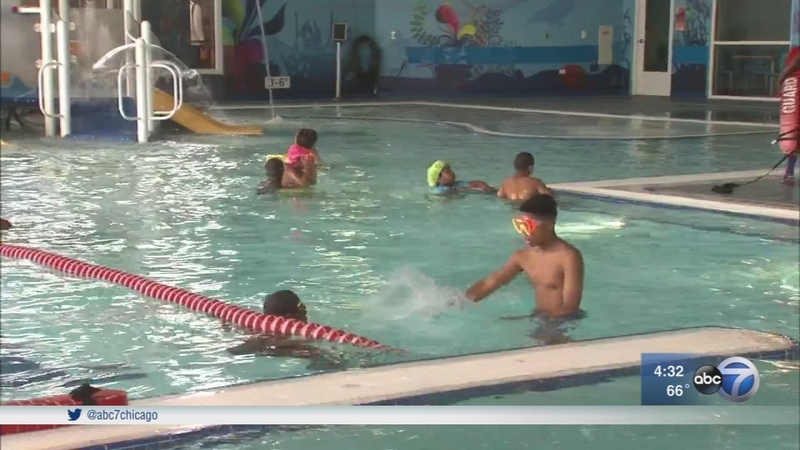 CHICAGO (WLS) -- Water safety is an important issue this time of year, and a recent study claims only 54 percent of Americans know how to swim.

On the Great Lakes alone 30 people have died so far in 2017, and more than half of those deaths took place on Lake Michigan.

"I've had swimming classes in school and I never learned completely how to swim," said Desiree Washington.

Washington may not be able to swim, but she wanted to make sure her son could, so she signed him up for swim lessons at the Salvation Army's Kroc Center.

"In this day and age, I really believe that a lot of things that we as adults don't do, or the skills we don't possess, I think it's important that our children have those skills," Washington said.

She's not alone. According to the Red Cross, about 54 percent of people in the U.S. can't swim, or lack the basic skills needed to survive a water-related emergency. The numbers are worse within the minority population. The USA Swimming foundation found 64 percent of African American children have little to no swimming ability.

The Salvation Army said its Kroc Center in Chicago's West Pullman neighborhood was built there intentionally.

"When the Salvation Army received that donation from Joan Kroc, we were very intentional in the neighborhoods that we would be in. Joan said she wanted to build state-of-the-art facilities in underserved communities," said Major Marc Johnson, senior KROC officer.

"That's why we're here, to offer those resources and to offer up the classes that's going to teach water safety and hopefully those percentages and numbers go up," Shepard said.