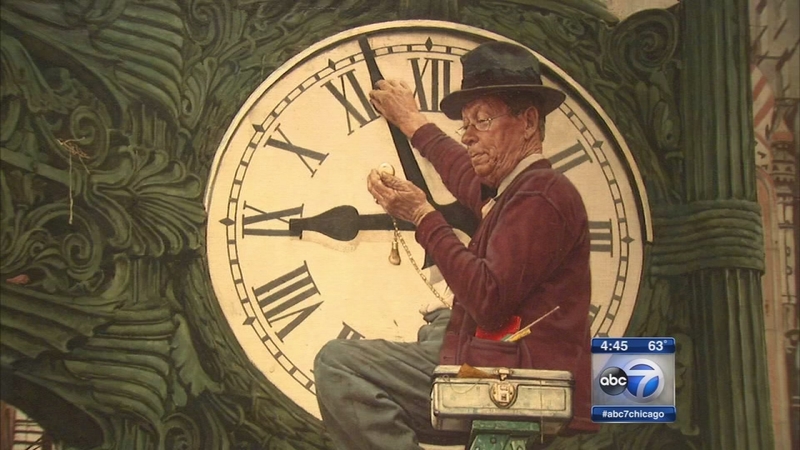 "After decades of the clocks being tormented by Chicago weather, we are repainting the Roman Numerals and the hands," Andrea Schwartz, Macy's VP of Media Relations, said. "They really faded and they faded quite a bit."

Macy's artists are using heavy black oil to paint the Roman numerals back into sharper focus. All the better for those rushing to meet a special someone under the Field's clock, a Chicago tradition that goes back to Marshall Field, himself.

"Marshall Field observed that people would meet at the corners of State and Washington and Randolph and State. So he decided let's make it an iconic landmark and put up a clock," Schwartz said. "The romantic meetings actually came first."

Certainly famous, but are they accurate?

"Four times a day they respond to a satellite to make sure they are clicking and ticking on time," Schwartz said.

"Actually we are fine with calling it Marshall Field's clock. That's who put it up and we are the proud curators of making sure these fabulous Chicago traditions are preserved," Schwartz.