AP
CHICAGO -- A white Chicago police officer has been disciplined by the department and reassigned from his position at Hubbard High School for a photo on social media that shows him posing with an American flag in apparent protest of the NFL players who knelt during the national anthem Sunday.

In the photo, the officer is in uniform, standing in front of a police SUV and holding the flag. A sign in front of him reads: "I stand for the anthem. I love the American flag. I support my president and the 2nd amendment."

A Chicago police officer takes a stand in this pic with the American flag.

Chicago Police Officer John Catanzara has been on the force for over 20 years.

The last four of them, he has been working at Hubbard High School in the 6200 block of South Hamlin, a job he enjoyed. Some kids say they respected him, too.

The officer was removed from the school after he posted the photo to Facebook and students quickly learned about his punishment.

"He was a good officer, he did a lot of good things for the school, he built a pond in the back for us, he did a lot of stuff and a lot of kids liked him I'm kinda sad that he did leave he kinda kept me out of trouble, too," said Hubbard High School student Patrice Humphries.

The Chicago Tribune reports that his reprimand Wednesday came days after two black, uniformed officers were reprimanded after being photographed with an activist in what she called a show of support for NFL players protesting police brutality and racism. The officers kneeled beside the woman, each with a fist raised.

Chicago police have made their policy clear saying they prohibit officers from making any political statement while in uniform.

ABC 7 was told Officer Catanzara has been in trouble before and CPD even tried to fire him back in 2012. The Police Board overturned that decision

The police department said more complaints have been filed since the photo was posted. Those complaints are now being reviewed by Internal Affairs.

On Thursday, Mayor Rahm Emanuel praised the officers who kneeled and said their actions could be a sign of something positive happening in the city.
Chicago police spokesman Anthony Guglielmi said all three officers violated rules prohibiting them from participating in political activity while on duty. 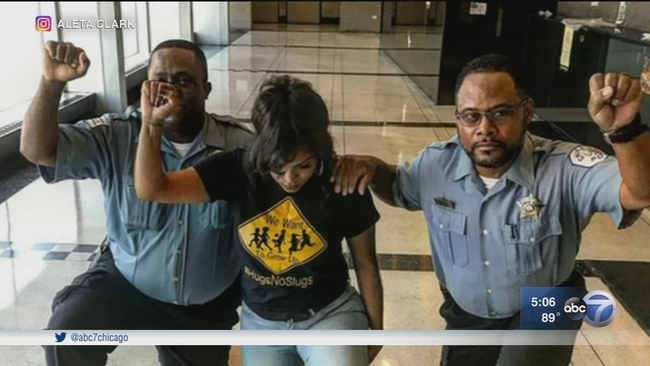 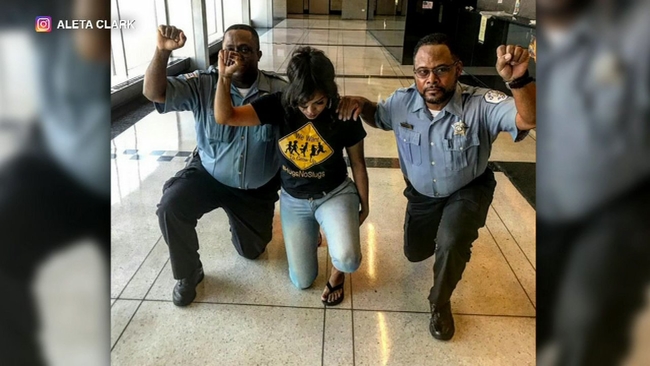