Dedication at Holocaust Museum honors survivor and his parents 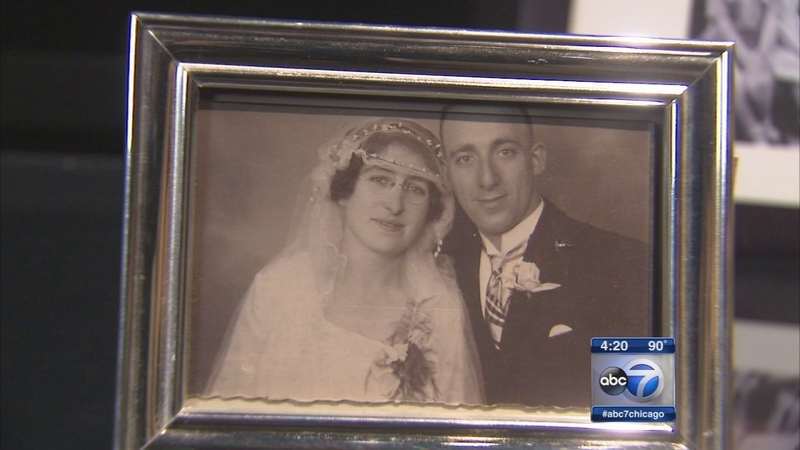 Dedication at Holocaust Museum honors survivor and his parents

SKOKIE, Ill. (WLS) -- A special dedication honoring a survivor of the Holocaust and his parents took place Tuesday in suburban Skokie.

Now, the story of all three of their lives will live on thanks to a son on a mission to preserve it.

Joe Koek's story of tragedy and triumph is one that he has told many times at the Illinois Holocaust Museum and around the country.

When he was 10 years old, Koek and his two sisters were turned over to the Dutch resistance after the Nazi takeover of Holland. Their parents went to Auschwitz, but their children lived.

Despite this, Koek always had a smile and a bear hug for anyone who wanted one.

His story was so compelling that Koek was asked to tell it at the United Nations last January. Tragically, a heart attack took his life a month before the man, nicknamed Joop, was able to take the world stage.

"At the time of his death Joe Koek was not one of the hidden children, Joop was free at last," said Steve Koek, one of Joe's three sons.

"In the 30 minutes that he spoke to children, those children would fall in love with him and carry his words and message with them in their hearts for the rest of their lives," said Koek. "And to be on stage and to say his words at that podium was just an awesome feeling."

There are two memorial bricks now outside the museum honoring the life of Joe Koek and his parents.

"Even though Joe isn't with us anymore, the fact that people are still able to learn from him through Steve is just the best thing in the world," said Amanda Friedeman of the Illinois Holocaust Museum.

The torch is passed to the second generation with words from their father. Koek's three children could not be more proud.

"My story is that there are also people who will do anything to save others including risking their own lives," he said. "My wish is you will group up and belong to the second group."
Related topics:
societymuseumsholocaustsurvivor story
Copyright © 2021 WLS-TV. All Rights Reserved.
TOP STORIES
CPD elective time 'restricted' for foreseeable future: internal memo
Heaviest pumpkin in US disqualified for crack
When will mask mandate end? Chicago's top doctor weighs in
Loop store finally takes boards down more than a year after unrest
4 hurt after Amtrak train collides with semi car hauler: VIDEO
Jelani Day's mother pleads for federal help in investigation
Vigil held for Chicago teen killed in East Garfield Park shooting
Show More
Strike dodged with deal between film and TV crews, studios
Chicago Weather: Bright sunshine, slightly milder Sunday
Man fatally shot leaving gas station in Roseland
Mom delivers 14 lb. baby after suffering 19 miscarriages
State trooper hit by DUI driver on I-90, police say
More TOP STORIES News