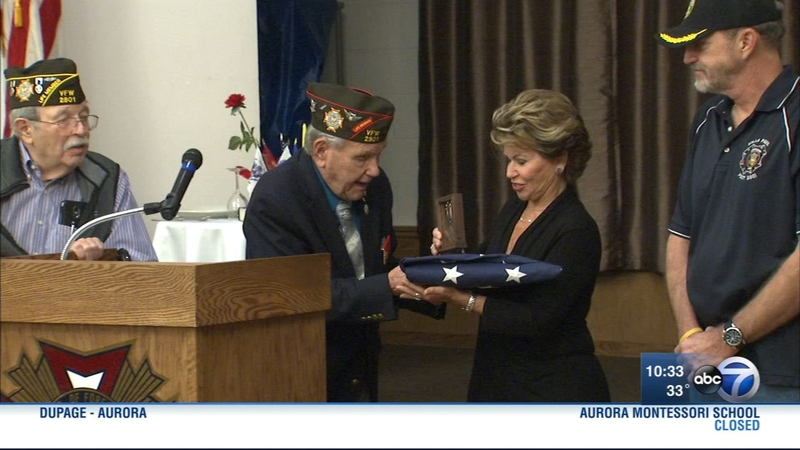 VILLA PARK, Ill. (WLS) -- The family of a World War II pilot was reunited Sunday with a long-lost medal for his service in the Air Corps.

Janice Sguardo, the daughter of Frank Rush - an Air Corps pilot who died in 2003 at the age of 78, flew in from Arizona to be presented with the medal during a ceremony at the Villa Park VFW.

The medal had was lost until a stranger named Walter Luszczyk, of suburban Chicago, found it in his late father's belongings. Luszczyk's father, also a WWII vet, died couple of years ago and the medal was in a box of his memorabilia.

Luszczyk made it his mission to find the medal's owner. He reached out to ABC7 for help and was connected with Sguardo with the help of assignment editor Jeff Marchese.

"This is a great honor. My father would have been very humbled and I'm thankful that Wally is the type of guy who just went the extra mile to make this happen," Sguardo said.

For Luszczyk, a former member of the U.S. Army Reserves, the honor was his.

Sguardo also helped clear up some of the mystery. Years ago, Rush loaned his military memorabilia to a display at the Niles Library, but died before getting it back.