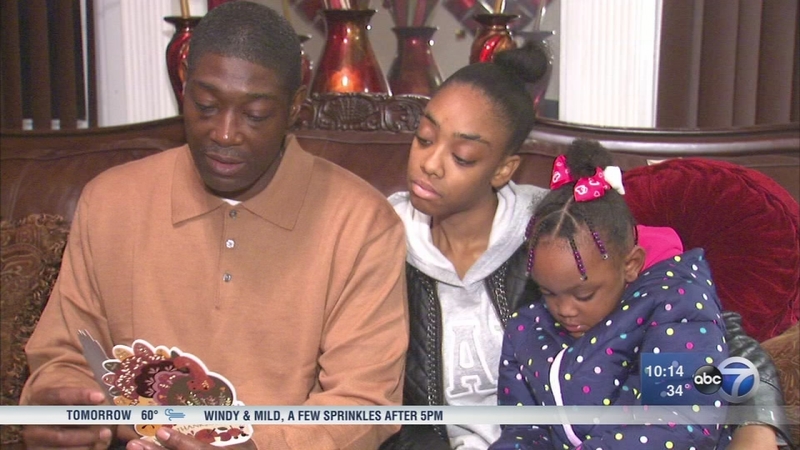 CHICAGO (WLS) -- A Chicago man celebrated Thanksgiving as a free man Thursday after spending 20 years in jail for a crime he didn't commit.

Derrell Fulton was freed from prison on Monday after DNA evidence proved he didn't commit the murder he spent two decades in prison for.

Fulton enjoyed a home cooked meal and caught up with relatives he hadn't seen for all those years. Fulton said that while he was in prison, he missed his children growing up and the birth of a grandchild.

But on Thursday, Fulton said he was grateful.

"I'm looking forward to the future, things like that, because I believe that's what Thanksgiving is pretty much based on, family, togetherness, and being thankful for life," Fulton said.

Fulton's daughter was a baby when he went to prison. She had no memories of him, but she said she was thankful that she can finally get to know him.

"I'm thankful that my daddy is home and I can make a bond with him that I never had," said Jaszulyn Fulton. "I'm just happy."

Coleman was also freed Monday after serving two decades in prison for the same murder.

Both men said confessions were beaten out of them.