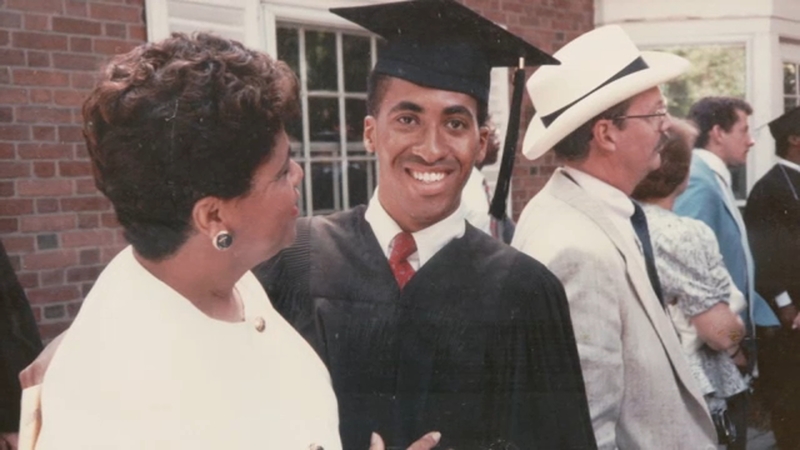 From Yale grad to living on the streets of LA

KOREATOWN, LOS ANGELES -- Ever since he was a young boy, Shawn Pleasants had promise. He was a valedictorian in high school, got into Harvard but chose to go to Yale and major in economics. He worked on Wall Street and then started his own business. Today, he is homeless and living on the streets of Los Angeles.

Pleasants, 52, has been living on the streets of Koreatown for 6 years. He has been homeless for a decade.

"I own all my choices - the good and the bad. It means it can happen to anybody. It's not someone else's problem. It's a problem we all could face," he said.
Amid squabbles with his co-founders, his income dried up and then he lost his rock - his mother.

Pleasants is one of 60,000 homeless in the county of Los Angeles.

"There's all different kinds of things here you'll find. You'll find musicians...there's a photographer over there. The problem is with the cost of housing," he said.

A quarter of the nation's homeless now live in California - from L.A.'s skid row to the streets of San Francisco.

Drug needles litter the sidewalks and crews are routinely dispatched to clean up human waste.

President Donald Trump may be on the verge of a major crackdown. According to the Washington Post, he is considering a directive to have the tents swept up and have the homeless moved to an unused government building.
EMBED More News Videos

"What they are doing to our beautiful California is a disgrace to our country," Trump said.

Critics point out that such an action would not only be illegal but counterproductive.

"The idea that we're going to force people into a facility that's probably located in a very remote area is not a solution," Mike Dickerson, co-founder of the homeless advocacy group, KTown for All.

He says a better solution for Trump would be to figure out how to build more affordable housing and provide better social services.

The billboards are an image of a California license plate with a shortened version of the word "Gentrified."

"It is not framed as an issue of compassion and trying to get people housed, but more of an issue of 'we need to get these tents off the street,'" Dickerson said.

Pleasants admits to being a regular methamphetamine user, but he still possesses the intellectual curiosity that took him to an Ivy League.

"I would prefer to be somewhere where I can still go to the library when I want to," he said.

Then there's reality of life on the streets.