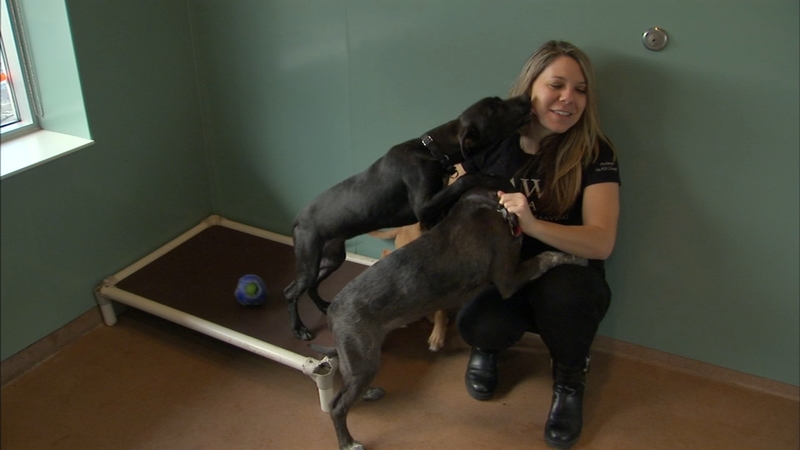 CHICAGO (WLS) -- While they have no idea what Giving Tuesday is, the rescue pets at PAWS Chicago are the beneficiaries.

The no-kill animal shelter finds home for thousands of pets every year, and this year a donor has offered to triple donations to the non-profit starting on Giving Tuesday through the holidays. It is the most important time of the year for PAWS and many other charitable organizations.

"For PAWS, literally 40 percent of our contributions come in November and December, so Giving Tuesday is really the starting point," said Alexis Fasseas, co-founder of PAWS Chicago.

PAWS puts on fundraisers year-round, including the Fur Ball earlier this month.

Meet some of the puppies, kittens, dogs and cats available to adopt this Giving Tuesday at PAWS Chicago.

The Eve of the Eve party before New Year's is the largest fundraiser for the HighSight organization, which provides scholarships, tutoring and mentoring for underprivileged Chicago students. But Giving Tuesday has become an important part of their fundraising strategy to help students. Jesus Gomez is a graduate of the program, and now an employee.

"Thanks to HighSight, I was able to go to private high school and most importantly, get that college readiness that we provide to our students," Gomez said.

Thousands of people climb the stairs of the John Hancock building every February to raise money for Chicago's Respiratory Health Association. It is the largest fundraiser of the year for the non-profit which promotes lung health. But since the advent of Giving Tuesday, they have seen a greater impact every year.

"Giving Tuesday is a great kick-off for the holiday season, for end-of-the-year giving, and just a great reminder of what our nonprofits do for us here in the city," said Joel Africk, Respiratory Health Association.