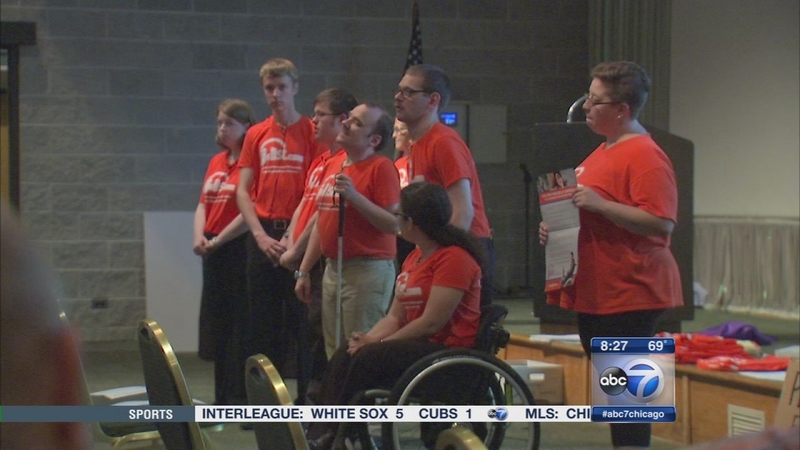 Often it's not because people want to be disrespectful, but because they are unaware of their offense. One group is trying change that by helping to build awareness.

They call themselves the Disability Awareness Players. They are all experts because they each have disabilities themselves. They are using their knowledge and experiences to train businesses in do's and don't's.

Between them, they have probably encountered every offense one could utter. Sometimes it's even in what people don't say.

"They don't know what to say. They don't know how to help, they're like 'Oh I can't ask her, I have to pretend I don't see the disability,' and we know they do. So it's just simple interactions like anyone," said Sarah Armour, Disability Awareness Player.

A misstep can also occur when people are trying to be helpful.

"People see me rolling down the street and sometimes they'll see me struggle with a curb cut or something in the sidewalk, and they'll see me struggling and come and push me," said Nura Aly, Disability Awareness Player. "But a lot of the time, they push me without asking. And if you push me without asking and I don't know you're coming, it actually is dangerous for me, I could fall. So, for me, it's really important that if you want to help, it's okay to go ahead and ask."

JJ Hanley was inspired to start the group after her son was diagnosed with autism. She has seen poor treatment firsthand.

On this day, the group is presenting to workers at the Brookfield Zoo.

"We have everyone here from animal keepers to mechanics to welders," said Jo-Elle Mogerman, Brookfield Zoo. "I'm hoping that they walk away with real tips and techniques and a greater comfort of interacting with people with various disabilities and they know what to do to accommodate them and make sure that they have a great time here during their visit at Brookfield Zoo."

Brookfield Zoo is hosting a celebration of the 25th anniversary of the Americans with Disabilities Act next Sunday.

If you'd like to arrange a disability awareness workshop, visit www.JJslist.com.