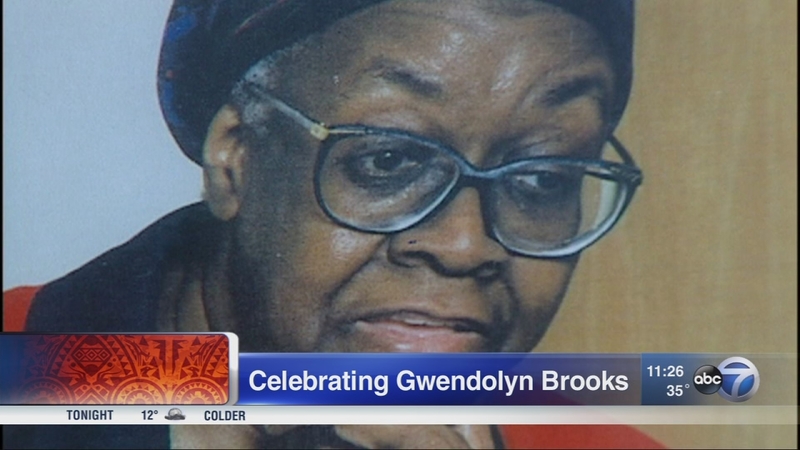 CHICAGO (WLS) -- The legacy of poet Gwendolyn Brooks is being celebrated all this year, which marks the centennial of her birth.

Brooks is regarded as the most highly influential and widely read poets of the 20th century.

While Brooks was born in Topeka, Kan., her family moved to Chicago when she was a young girl. She published her first poem at age 13, and by the time she was 17, Brooks was publishing poems frequently in the Chicago Defender.

She was the first African American to receive a Pulitzer Prize, and served as the Illinois Poet Laureate from 1968 to 2000. Through her work, she was an activist, a feminist and an insightful observer of Black life.

The Poetry Foundation announced Tuesday the first event will be held this week here in the city where Brooks worked and taught. She'll be honored by others who followed her.

Thursday's Our Miss Brooks 100 celebration at the Art Institute of Chicago has already sold out, but many more events - including readings, performances and discussions - are planned through June 2018. Most are open to the public and free.m