ALSIP, Ill. -- A special service was held in the south suburbs Thursday for a young boy who wanted to honor his father, who he never knew.

Brandon Bakke was adopted at birth by a family in North Dakota.

And learned earlier this year his biological father died in Chicago and was buried without a headstone.

So Brandon mowed lawns all summer to buy one.

On Thursday, he was in Alsip as a headstone for his dad Terrence was put in place at Burr Oak Cemetery.

Brandon also got to meet some members of his biological family for the first time and hopes to spend more time with them in the future.

Brandon, 11, has some valuable life lessons to teach all of us about family, hard work and knowing where we came from.

A Fargo family adopted Brandon at birth. And as he began asking his Fargo family questions about that recently, the layers began to peel away. Brandon went above and beyond to honor a loved one he did not ever know, WDAY reported.

As summer slowly turned to fall in Fargo, the sixth grader cranked up the John Deere, for yet another mowing job. This summer, he's had a few.

Brandon spent the summer mowing lawns for neighbors and strangers, raising money, not for himself but for a stranger named Terrence, a man he has never met.

"I am going to spend that on a gravestone," Brandon said.

At Dakota Monument in South Fargo, artists and designers have been working with Brandon, coming up with the perfect marker to honor Brandon's wishes.

It turns out as Brandon began asking questions about his biological family, he learned his father, had recently died and was buried without a marker in Chicago.

"I don't think anybody should go unknown in life, even though their choices they made or anything," Brandon said.

Brandon would mow lawns all summer long, raising money to buy his dad a monument. A father he never knew.

"They didn't have the money to put one there," he said.

After carefully stenciling, measuring, cutting and blasting, the workers at Dakota Monument slowly began to see the piece of granite come to life. This would be a son's gift to his father, even though their meeting, would come in the form of this.

"It makes me feel very proud, as a son," Brandon said.

A chance to know the past, even though so much was still missing. And so, after days of planning, plotting, grinding and polishing, it came down to Brandon showing up with a homemade ceramic jar full of money. He walked in for the reveal. A boy and his heart and a stone.

Those who helped make the stone stood back and watched this new chapter in this young man's life.

"It is just surreal, I am so happy for him," Brandy said.

"If he could see it, he would be proud of me," said Brandon.

Even though Brandon came with a jar full of lawn mowing money, Dakota Monument, in honor of Brandon's hard work, decided it would donate the stone.
Related topics:
societynorth dakotaalsipadoptionu.s. & world
RELATED 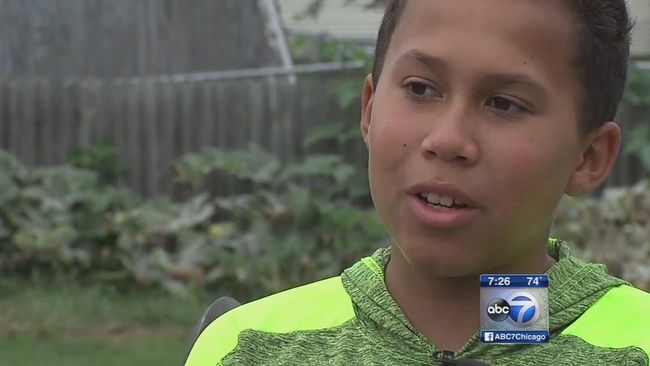