WLS
By Jesse Kirsch
CHICAGO (WLS) -- Across 40 years of business in Wrigleyville, Sports World Co-Owner Steve Shaevitz has seen a lot. Perhaps nothing more memorable than November 2016, when the Chicago Cubs won their first World Series Championship since 1908.

"We're in the ninth inning of the World Series. There was thousands and thousands of people out in the front of the store. The doors were locked and the people started pounding on the doors... It was frightening really, because if they would've lost, I don't know what would've happened," said Shaevitz with a smile.

The Loveable Losers won; the crowd was electric around the Friendly Confines.

"Cubs fans are the greatest fans in the world. They've been coming here and supporting the team for years and years," Shaevitz said.

He's had a front row seat to that energy for 30 years from prime real estate: the southeast corner of Clark and Addison.

During Monday's matinee, the crowd's cheers could be heard spilling over the ball park walls into the store.

"It started out as a dollar and two dollar business. And now there's items that are a hundred dollars, a hundred fifty dollars," he said.
Jerseys for all ages, funny shirts, summer wear, winter hats, stuffed animals and swag for pets are among the items for sale inside Sports World these days.

"We ever count how many hats we have," Shaevitz asked an employee-who pondered the question and then shook his head.

"Tourists... they don't get to see a selection like this anywhere. When they pop in here they almost faint from how many items we carry all related to the Cubs," Shaevitz remarked, adding that a quarter of their items are devoted to the words "Wrigley Field."

"The whole thing surprises me," he said with a laugh.

He also called the neighborhood "insane... when I first started it was gangs and now it is Gold Coast."

With the beloved Cubs still at the heart of Wrigleyville.

Who are your favorite #HumansOfWrigleyville?
We want to know who you think of when you of Wrigleyville! Email Jesse.R.Kirsch@abc.com or tweet @JesseKirschABC7 to share the stories of people who make the neighborhood special.
Report a correction or typo
Related topics:
societychicagolakeviewhumans of wrigleyvillemlbbaseballcubschicago cubs
Copyright © 2020 WLS-TV. All Rights Reserved.
HUMANS OF WRIGLEYVILLE 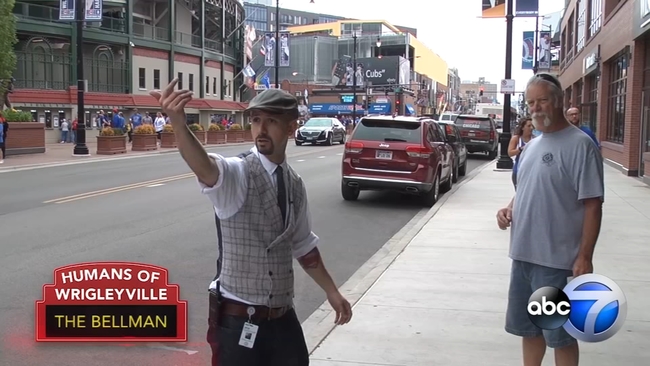 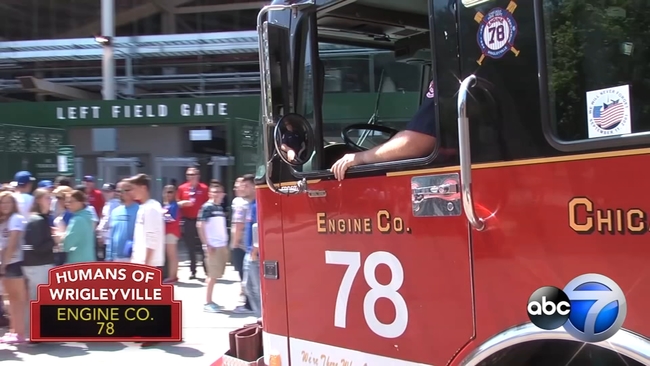