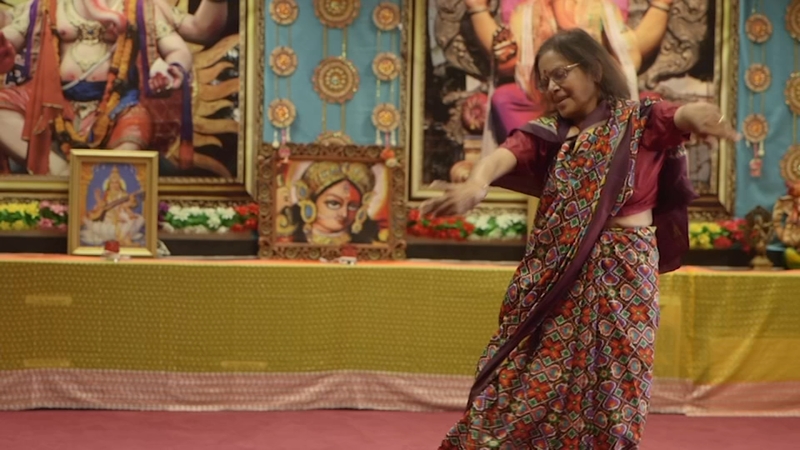 CHICAGO (WLS) -- A 15-block stretch of Devon Avenue on the North Side has become known as Chicago's Little India, a South Asian community and commercial district that began growing in the early 1970s.

"I moved in Chicago in July 4, 1968," said Ranjana Bhargava, a community activist who was among the earliest Indian immigrants. "There was no Indian restaurant, no Indian grocery and there were no Indian friends."

At the time, Bhargava said, the Indian community was built around hospitals and universities like Illinois Institute of Technology. It wasn't until 1972 that Devon Avenue - host to a mostly Jewish community at the time - saw its first Indian store.

Jagdish Khatwani had just opened a shop called India Sari Palace in New York, and chose to open his second store in Chicago.

"You had that in the back of your mind, you know, you are the first one here," said Khatwani, who now owns several stores and restaurants on Devon and around the country.

"But myself alone wouldn't have done anything. So this whole community made look beautiful Devon," Khatwani said.

Later that year, a corner store and jewelry store opened along the street. By 1974, Devon had its first Indian grocer: Patel Brothers.

Talashibhai Patel, the middle of three brothers, now operates 56 supermarkets around the country, but said it all started "right on Devon." Patel Brothers is now the largest Indian supermarket chain in North America.

Chicago's South Asian community is much larger than just the business district along Devon Avenue. Temples and mosques can be found throughout the city and in surrounding suburbs. Patel Brothers recently opened a new superstore in north suburban Niles.

The Little India portion of Devon cuts through three neighborhoods: West Ridge, Rogers Park and Edgewater. Today, one of the markers of a thriving South Asian community is the presence of community centers.

The first community center was the Indo-American Center at the western edge of Little India on California Ave. The center continues to be a well-used community resource today, offering free Indian meals, programming, education and legal services to immigrants.

At the opposite eastern edge, Hamdard Health Center was opened in 1992 by Muslim immigrants to address physical and mental health needs of Chicago's South Asian and Middle Eastern communities.

It also opened in time to welcome a new population of refugees from the Bosnian genocide.

"Rogers Park made the perfect sense to provide our mission to a community that was diverse in language in culture," said Hamdard Chief Operations Officer Kiran Saddiqui.

Just three years ago, a new Rohingya community center opened near the Indo-American Center to help a new population of refugees adjust to life in Chicago. Around the same time, a fish bazaar opened as the first Bangladeshi business on the strip.

Devon continues to diversify with new populations from the Indian subcontinent, along with other ethnicities from around the world.

When South Asian political conflicts flare up, tensions can be felt along parts of Devon Avenue. But Little India remains a peaceful example of coexistence.