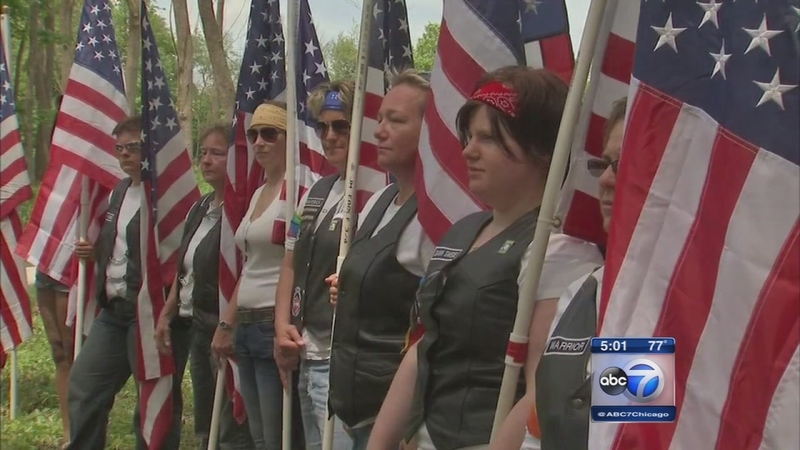 Monday's dedication at the Lincoln Cemetery in Elwood, Ill., near Joliet, is the result of a four-year effort by an equal rights group.

As hundreds left a Memorial Service at Lincoln National Cemetery, another group arrived: veterans, patriots and friends and relatives honoring LGBT veterans on this Memorial Day.

The dedication was a personal victory for some veterans in attendance.

"To be black and queer and engaged in something like this is very important to me, to my family, as well," said Travis Travis, Navy veteran '63-'69.

"It's been a great honor to be once again be able to put this uniform on and continue to serve my country," said Lee Reinheart.

The campaign for an LGBT monument began four years ago with a letter to President Obama from a veteran from Niles named Stanley Jenczyk.

Jenczyk worked with the American Veterans for Equal Rights to make this the first LGBT monument in a national cemetery.

"Their loved ones will be able to come here, pay respect to them, and also take a look at this monument," Jenczyk said.

It is hard to say how many servicemen and women were buried here without knowing the openness and progress made in the American military.

Now their families, living veterans and those currently serving know they have a permanent place in military history.