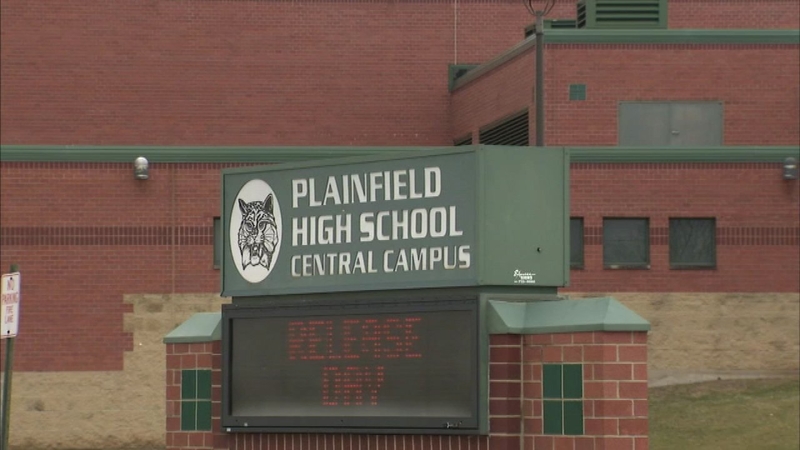 Plainfield students participating in walkout to get detention

PLAINFIELD, Ill. (WLS) -- High school students in Plainfield could get detention if they participate in a walkout planned for next week.

Emma Simpson, a student at Plainfield North High School, was so affected by the school shooting in Parkland, Florida that she recruited students from Plainfield's other high schools, including Plainfield South High School student Isabella Paredes, to participate in the nationwide, 17-minute student walkout planned for March 14.

Plainfield School District 202 officials have since announced that students who walk out will face detention.

"I don't understand why neighboring districts would allow their schools to do the same without repercussions or consequences, yet our district is doing that to us," said Simpson.

While the district recognizes the protest is within the students' First Amendment rights, school officials claim they are concerned for student safety.

"We are concerned about the safety of our students and the logistics of managing what could be potentially hundreds, if not thousands, of students walking out," said District 202 Superintendent Dr. Lane Abrell in a written statement.

"I feel our safety is at risk anyways of we don't make this change," Simpson said.

"If we could walk out of school for 10 minutes once a month for a fire drill, we can walk out this one time for this important message," Paredes said.

Ed Yohkna of the ACLU of Illinois said the students' message should be embraced as a civics lesson. The ACLU has sent an open letter to district officials urging them to support the students' participation.

"Whether it's about this particular issue or some other matter, students feel strongly about, we would encourage them to part of Democratic body politic," Yohkna said.