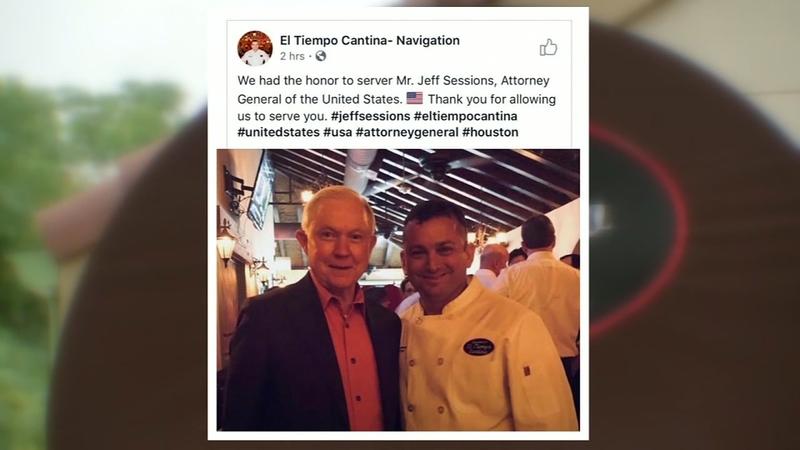 On Friday, El Tiempo Cantina posted a picture of Sessions enjoying a meal at the Montrose restaurant.

Sessions, who was in Houston addressing a meeting of federal prosecutors and law enforcement officials about the crackdown on violent crime and illegal immigration, visited the restaurant after his speech.

The post from his visit instantly had many customers commenting and complaining about the restaurant's actions.

"I think it's great," El Tiempo Cantina customer, Carol Fallin said. "I think we should serve our people and honor them for helping us with the government. I don't have any problems."

Laurenzo added that it was his social media team who chose the photo and language without consulting management.

"I certainly regret it because it's inaccurate in terms of the totality of what we would be thinking," Laurenzo said.

Since its publication, all social media accounts of the Tex-Mex restaurant have been deactivated.

Eyewitness News is working to obtain a response from the Attorney General's Office.