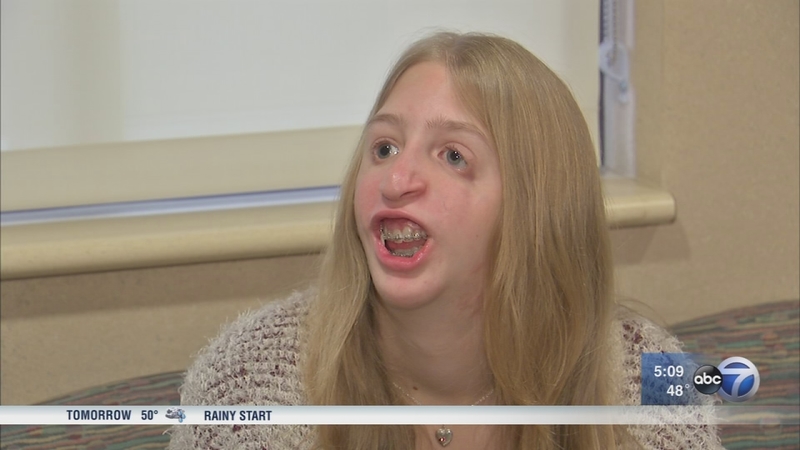 A local teenager with a rare condition where the bones in her face have not fully-formed shared her own experience about life with Treacher Collins syndrome. The new movie "Wonder" tells the story of a 10-year old boy with the same condition. It opens this weekend and stars Julia Roberts.

Emily Cihla and her parents had a visited with Dr. Pravin Patel, a pediatric plastic surgeon at Shriner's Hospital, who has become a close family friend. He operated on the 17-year-old shortly after she was born with Treacher Collins syndrome, a rare condition where facial bones are not fully formed.

"I've had a small jaw my whole life and not a lot of bone structure around my eyes and I have small ears," said Emily Cihla.

"What most children do without thinking, Emily struggled to breathe, to eat, to hear and to speak," said pediatric plastic surgeon Dr. Pravin Patel.

Emily has gone through 10 surgeries over the years and has developed a technique to relax before each procedure.

"Some surgeries, after I get them, are really challenging and I might not like how I look afterwards and for a while I might not look in the mirror for a couple months at a time," said Emily.

"What we would do would be rearrange facial bones like the pieces of a puzzle to try to reconstruct a normal face," said Dr. Patel.

Through it all, Emily has maintained a positive outlook, even when others sometimes question her appearance.

"Little kids might point at me and ask my mom why does her face look like that and it's always, like, you kind of expect it to happen because people don't really know what it's like to have the syndrome," said Emily.

Now there's a movie that opens this week that puts Treacher Collins in the spotlight.

It's called "Wonder" and centers on a 10-year-old boy with the syndrome who navigates a new school.

"I think it's gonna be an eye opener. I think it's a courageous movie to make because of the difficulties that they're going to talk about," said Karen Olenski, Emily's mom.