KTRK
KATY, Texas -- A gun store in Katy, Texas, is facing backlash after what was posted on their marquee sign.

Michelle Simons, a viewer of ABC7 sister station ABC13, sent a photo of Boyert Shooting Center's sign reading "Back to school sale August 13 through 18. Up to 50 percent off firearms." 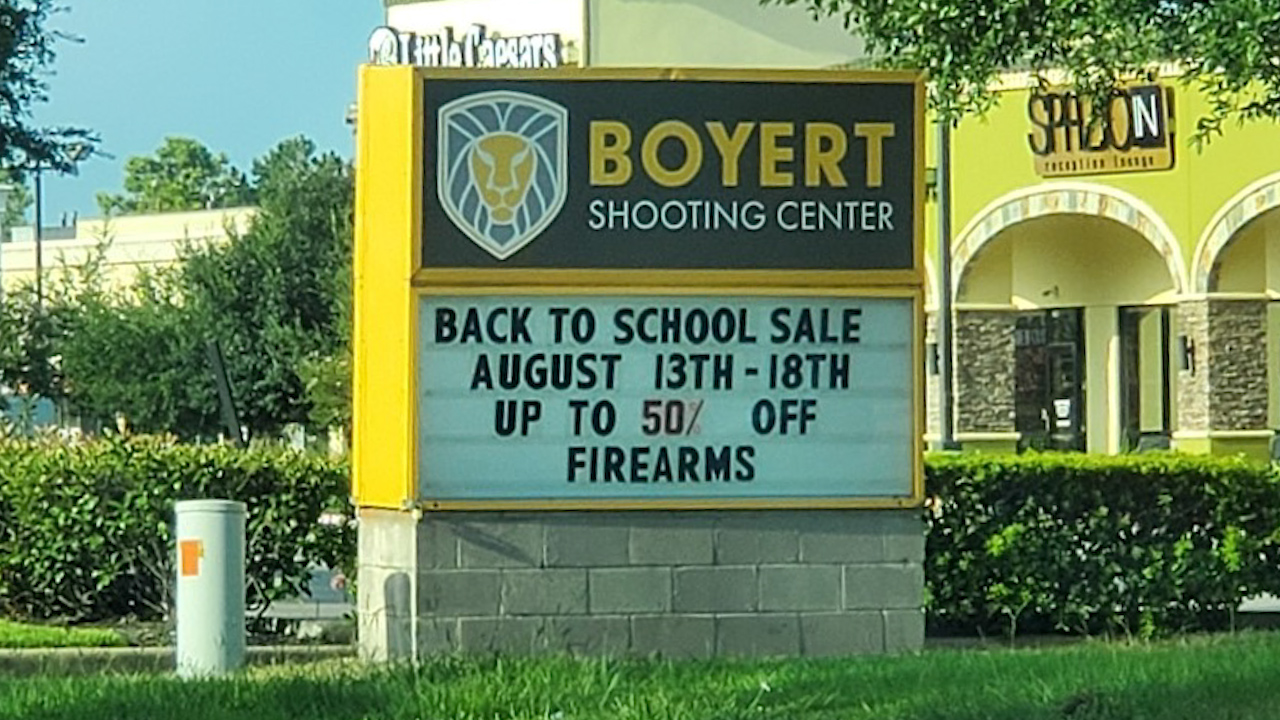 A gun store in Katy is facing backlash after what was posted on their marquee sign.

Simons and her husband were driving down Mason Road when they passed the gun store and were surprised by its sign.

"It was so jarring like, 'Did I really see that?'" recalled Simons.

Simons' husband is an educator and feels as though guns and schools should not be mixed in with each other.

He says when his school district makes him teach his students about active shooter safety, he feels for them because they shouldn't have to worry about going through that.

The couple is now wondering if the sign was intentional or a ploy to cause controversy.

"I hope it was just some kind of glaring oversight. I would rather see any other kind of wording on their board," Simons said. "What does back to school have anything to do with getting guns?"

Boyert Shooting Center sent sister station ABC13 the following statement:
"We have friends and family who are teachers and our way of reaching out and saying thank you is by offering a summer long promotion of discounted training courses, firearms and accessories. A lot of Texans are not aware, but it is now legal to conceal carry in some colleges, and for teachers in certain school districts to conceal carry as well. We are wrapping up the program that we have been running since the beginning of June, with a huge sale to benefit everyone."
Report a correction or typo
Related topics:
societytexasback to schoolschool shootingcontroversial videogun safetymass shooting
Copyright © 2020 KTRK-TV. All Rights Reserved.
More Videos
From CNN Newsource affiliates
TOP STORIES