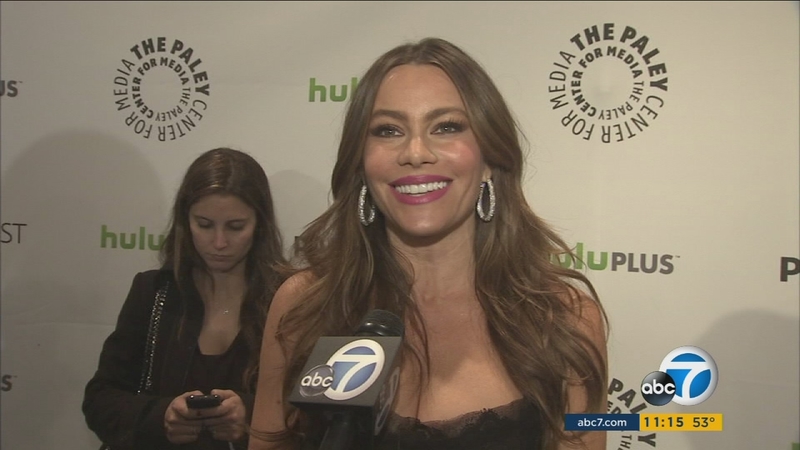 LOS ANGELES -- Actress Sofia Vergara faces a bizarre legal battle as she's being sued by her own embryos.

Vergara created the embryos with former fiance Nick Loeb in 2013, and they have been at the center of a fierce fertility fight ever since.

The new right-to-live lawsuit was filed in Louisiana on behalf of the fertilized eggs listed as Emma and Isabella.

"Next week the judge presiding over the case was to rule on Ms. Vergara's request for sanctions against Mr. Loeb for his failure to follow her order and give the names of certain witnesses as well as in regard to her motion seeking dismissal of the case he filed against her, attempting to get control of pre-embryos that he created with Vergara. That genetic material was created pursuant to a written agreement that required both parties written consent to attempt to create a pregnancy. Apparently Mr. Loeb and his counsel, knowing that he was about to lose decided to attempt to save face by taking their proverbial ball and going home. Reports are out that Mr. Loeb has caused a lawsuit to be filed on behalf of the pre-embryos in Louisiana, essentially trying to get the same relief that he was trying to get through his failed legal attempt in California.

If these reports are true, this latest maneuver is nothing more than another attempt on the part of Loeb to keep himself in the public eye by keeping himself linked to Ms. Vergara. The media reports contend that Mr. Loeb has caused a lawsuit to be initiated claiming that the pre-embryos - which are not embryos, but rather frozen fertilized ova, have been given names by him and have a right to live. Loeb apparently thinks that he will garner sympathy from the public and the courts through this latest maneuver, one that we believe will also result in failure. It is unfortunate that Loeb feels the need to keep himself linked to Vergara, who is happily married, by taking up more of our overburdened courts resources, preventing judges from focusing on real legal problems. If it is really a family that Loeb wants, he should hire a surrogate and an egg donor and create one without dragging Vergara through another unnecessary legal battle."

Fertility and family law attorney Dean Masserman said there are special legal protections for frozen embryos in Louisiana, but added the new suit has no merit.

"The lawsuit - it's embarrassing and laughable really. It's an abuse of process. The state of Louisiana has no jurisdiction," he said.