Solar eclipse visible in US for 1st time since 2017 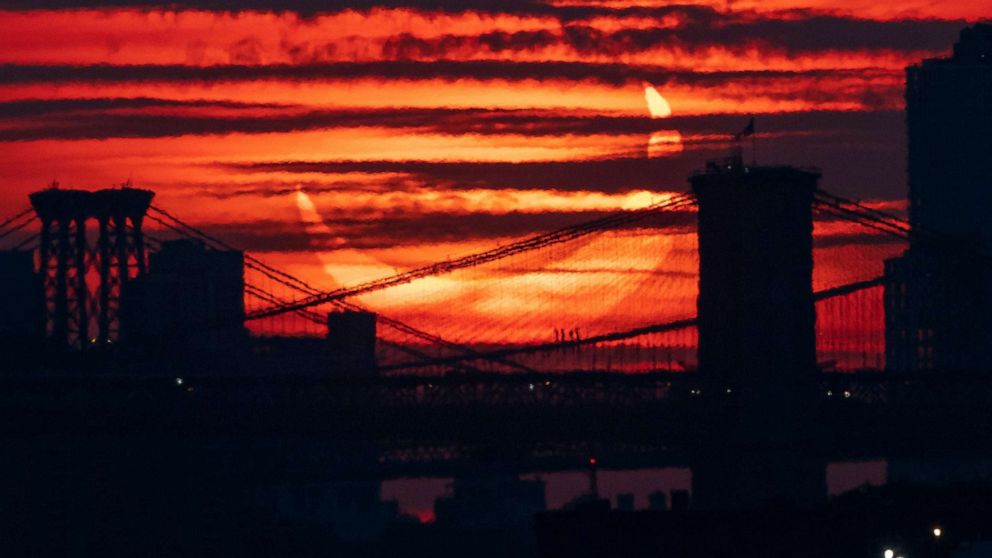 A "ring of fire" solar eclipse was visible Thursday in the U.S. for the first time since 2017.

The event -- which occurs when the moon passes directly between the Earth and the sun, blocking the sun's light -- illuminated the sky shortly after 5 a.m. EDT.

NASA started livestreaming the spectacle on its website in the early morning.

The eclipse could be seen in northeastern North America and northern regions of Europe and Asia.

NASA had said it would begin around 4 a.m. and end at 9:11 a.m. ET in the northeastern U.S., but time of maximum eclipse varies by location, according to the Farmer's Almanac.