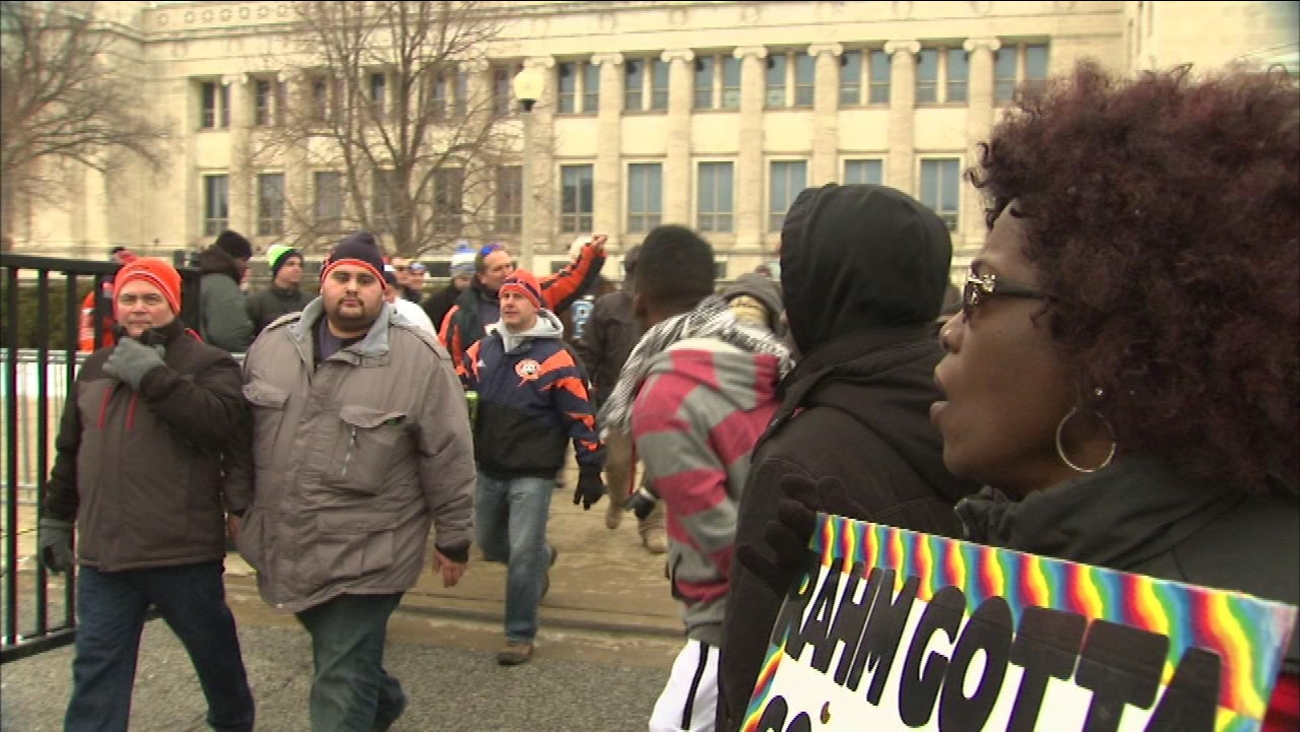 Protesters continued calls for the resignation of Mayor Rahm Emanuel and Cook County State's Attorney Anita Alvarez over their handling of the Laquan McDonald shooting.

The group met at Roosevelt and Michigan around 10:30 a.m., where they started their march to Soldier Field. Outside the stadium, the group gathered as fans walked into the game.

The group also said they want to see reforms to the Chicago Police Department.

A group of protesters said they also plan to continue to march outside Emanuel's Ravenswood home. They say they plan to protest for 16 days - the number of times 17-year-old McDonald was shot by a Chicago police officer. Sunday was the fifth day.