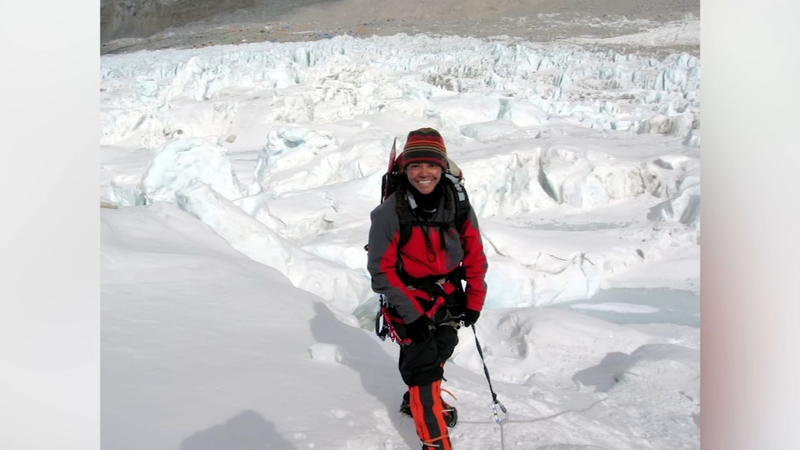 HOMEWOOD, Ill. (WLS) -- A Homewood native has given a new meaning to the phrase "climbing to new heights."

Sophia Danenberg has accomplished something many of us can only dream of. She is the first African American woman to summit Mount Everest.

Walking the halls of Homewood Flossmoor High School, becoming a mountaineer was the furthest thing from Danenberg's mind.

"I had actually never camped, hiked or backpacked until the summer before I was heading to college," she said.

After studying at Harvard, she found a passion for rock climbing, trekking and mountaineering. It is a sport that doesn't typically see people of color, especially women of color.

"I have sort of two experiences. Either people are excited and treating me like an absolute beginner. They are trying to tell me the real basics about climbing and nowhere had they actually asked me whether I'd climbed before. And on the other hand I'm ignored or viewed as someone who is not going to be a good partner or someone they'd want to climb with," Danenberg said.

Danenberg spent every weekend and vacation climbing. When she was planning a trip to Nepal, it was suggested she attempt climbing Mount Everest.

"I only really decided to climb Everest about two months before I left. When I was at Everest base camp I think it was more notable that I was female than that I was African American because there are so few women there. We are probably outnumbered 10 to one," said Danenberg.

Battling bad weather conditions, she made it to the summit but with no time to celebrate her achievement.

"I thought that it would be a celebration and me jumping across going now I'm in China, now I'm in Nepal! I was not. I went up in really bad weather conditions and at that point we thought we might be the only ones on the mountain. You couldn't see any other people anywhere on the mountain. We could see bad weather coming in. If it hadn't been for the sherpa saying, 'No, no, no you have to take a picture!' I think I might have forgotten," she said.

She is still in awe when she's recognized for her achievements.

"My first thing was Whoopi Goldberg said my name! It was really fun. It's bizarre, really bizarre. You know I think of myself as an uninteresting and average mountaineer," she said.

Danenberg says it's exciting she had a first but she hopes for the day when firsts are all gone.