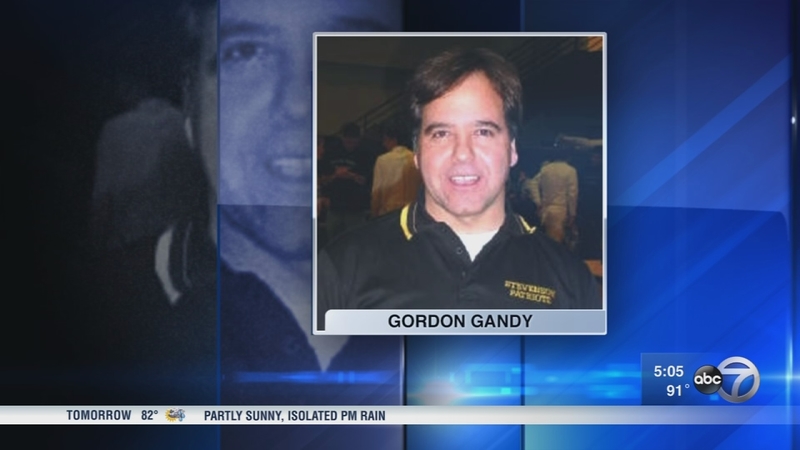 SOUTH BARRINGTON, Ill. (WLS) -- A man was fatally struck by an SUV early Monday after he had stopped to help another SUV that had crashed in west suburban South Barrington.

He was taken to St. Alexius Medical Center in Hoffman Estates, where he died of multiple blunt force injuries at 2:06 a.m., police and the Cook County medical examiner's office said. His death was ruled an accident.

Gandy, a Crystal Lake resident, had stopped his vehicle when he saw a 2005 Chevrolet Trailblazer had gone off road, police said. The SUV, driven by a 21-year-old Carpentersville woman, had rolled onto its side.

The woman was taken to Advocate Lutheran General Hospital in Park Ridge, police said. Gandy's vehicle was found a short distance away from where he was fatally hit.

Officers were on their way to the scene to assist with the first crash when they received a call about the second crash, police said.

In the wake of the news of his tragic death, friends remembered Gandy fondly. He was a fencer for more than 30 years - competing himself, coaching high school athletes and running a fencing academy. Friends said he loved the sport and loved to share it with others. Rich Jackim partnered with Gandy in the Crimson Blades Fencing Academy

"One of the most important things to remember about Gordie is that he was really a gentleman in the truest sense of the word. He was kind, he was considerate, he was caring, he was protective," Jackim said.

Jackim also said Gandy was a Marine and a retired police officer. Helping those in distress was part of what he preached to his students.

"Knowing that he died helping somebody who was in need, doing something noble, being a hero, was really the way, I think, if Gordie could have chosen a way to go out," he said.

Gandy also coached fencing at Stevenson High School and worked with countless young people over the years. Jackim said his Gandy's legacy will live on through his students.

"Gordie was able to really capture their imagination and really motivate them in a way I haven't seen any other coach be able to do," he said.