5 in custody after 5-hour standoff in South Chicago 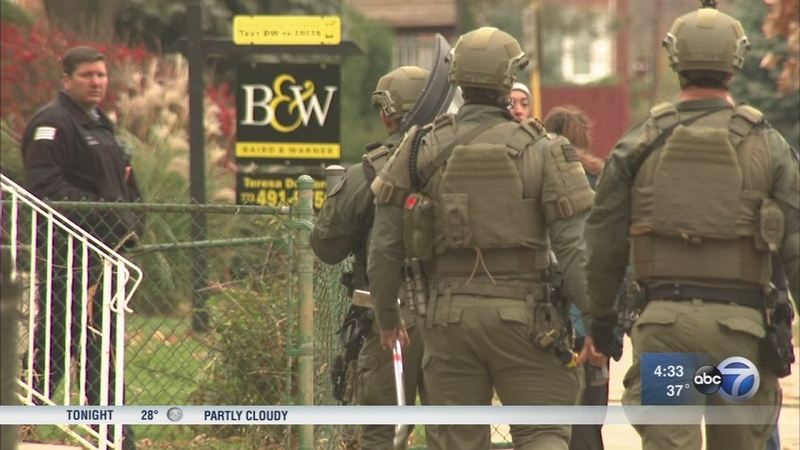 5 in custody after 5-hours police standoff

Police said five suspects were taken into custody around 3:30 a.m. Friday without incident and several weapons were recovered from the scene.

The commander was checking out a suspicious person in an alley in the 8800-block of South Saginaw Avenue around 10:20 p.m. Thursday when one or more people opened fire on his unmarked patrol car, police said.

Police said no one was hurt.

"I said there's something serious going on if the whole city out here. All the vehicles was out here earlier this morning. But it's shocking to know that that happened," said Caroline Bryant, a neighbor.

This is the third time since the weekend police have come under fire.

On Sunday, a man who shot his pregnant girlfriend in the stomach on the city's West Side was killed by police. The CPD said he opened fire on an officer unprovoked. That officer has a graze wound to his head.

On Monday, shots were fired at officers in the midst of a sting operation targeting gun sales in the 6100-block of South Kolmar Avenue on the city's Southwest Side. No one was hurt. Two reputed gang members were charged with attempted murder.

Among those arrested Friday morning was a repeat gun offender.

At a news conference Friday, Johnson used Jeremy Terry as an example of a repeat gun offender. Rather than jail, he was sent to a bootcamp.