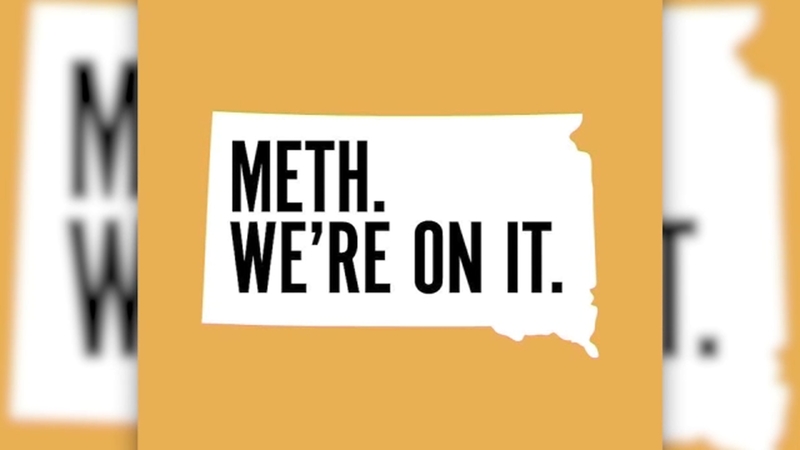 It's part of a nearly $1.4 million campaign aimed at tackling the state's methamphetamine epidemic, which includes $449,000 paid to the Minneapolis-based ad agency that created the tagline.

One Twitter user posted, "It seems that if I'm on meth, I can live to a ripe old age, eat in restaurants, play football with my pals, and have a family. That sounds much better than the life I'm having now. Somebody get me some meth."

According to the state's Department of Social Services, the number of 12- to 17-year-olds who reported using meth in the last year is double the national average. The state has also seen the number of people seeking treatment for meth addiction double from 2014 to 2018.

"Meth is not someone else's problem. It's South Dakota's problem," a narrator says. "We need everyone to get on it."

Gov. Kristi Noem defended the campaign, posting, "Hey Twitter, the whole point of this ad campaign is to raise awareness. So I think that's working ..."

Hey Twitter, the whole point of this ad campaign is to raise awareness. So I think that’s working... #thanks #MethWeAreOnIt

Noem appears in a commercial for the campaign and says South Dakota's meth problem is "growing at an alarming rate."