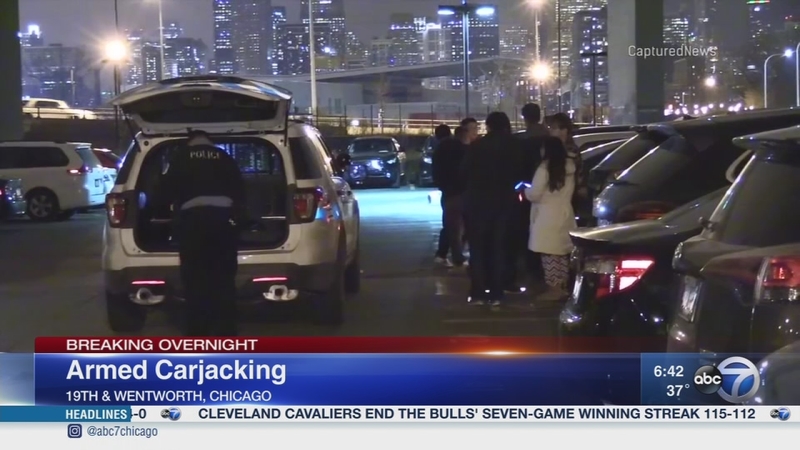 He was walking away from his 2015 Mercedes SUV in the 1800-block of South Wentworth Avenue around 10:05 p.m. when police said three men he didn't know walked up to him and demanded his car keys. One of the suspects was armed.

The victim did not put up a fight. He complied with their demands and they took off in his Mercedes. No one was hurt.

Police are still looking for his vehicle. No one is in custody. Area Central detectives are investigating.

On Wednesday, a Lyft driver was carjacked on the South Side. His Jeep was later found, thanks to a GPS tracker.