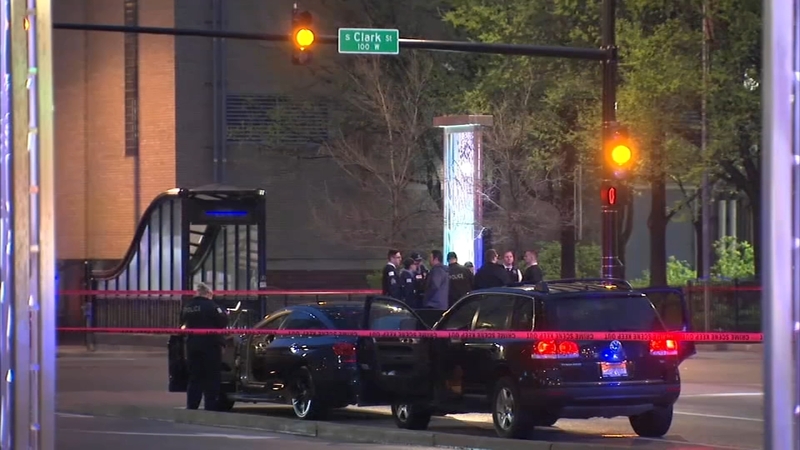 CHICAGO (WLS) -- A concealed carry permit holder fought back, killing a would-be carjacker after a crash in the South Loop.

"It is scary but I mean unfortunately we need to do something to protect ourselves," said Emily Kunzendorf.

The shooting happened at around 3:15 a.m. Friday on Ida B. Wells and Clark Street after a man in a Volkswagen rear-ended a BMW.

According to police, the driver of the BMW got out to inspect the damage and when he went back to get his cell phone, the Volkswagen driver approached with a handgun, demanded his keys and pushed him into the vehicle.

Both men were inside the vehicle when police said the 41-year-old BMW driver retrieved his handgun and shot the 22-year-old man in the head.

"I think concealed carry is a good thing," said Eduardo Yearwood. "I think criminals should think twice before they attempt to do something to somebody."

The 22-year-old man was taken to Stroger Hospital in critical condition and later pronounced dead. Authorities have not released his identity.

"I think it's good he was able to protect himself. You hear so many things about all the crime and robberies and even on the road nowadays, I feel like there's nowhere in Chicago you're safe," said Scott Beckford.

Police spent the morning examining the cars and reviewing surveillance video from the area. Ida B. Wells Drive was closed between LaSalle and Dearborn streets for the investigation.

Police said they have been interviewing the victim in this case and believe the shooting was in self-defense.