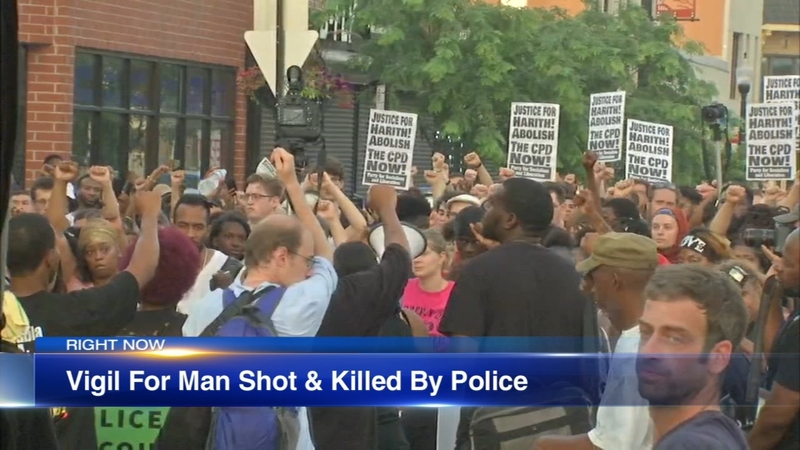 CHICAGO (WLS) -- The Chicago Police Department and community leaders remained at odds Wednesday over the way a deadly police shooting was handled.

Groups gathered Wednesday for a vigil in honor of the victim, 37-year-old Harith Augustus. Some activists held a press conference in front of CPD Headquarters to call for the resignation of Mayor Rahm Emanuel and Police Superintendent Eddie Johnson.

Protesters said they have more activities planned to draw attention to what they call a divestment in black and brown communities and the simmering distrust of CPD officers.

Augustus was approached on 71st Street Saturday by police who suspected he was carrying a firearm. CPD released a portion of one officer's body camera video of the incident, which ended with an officer shooting and killing Augustus.

In the video, Augustus appeared to have weapon and put his hand near his waist as he evaded officers. According to CPD, Augustus had a Firearm Identification Card but not a Concealed Carry License.

A lawsuit was filed Thursday to compel CPD to release all video and audio of the interaction under the Freedom of Information Act.