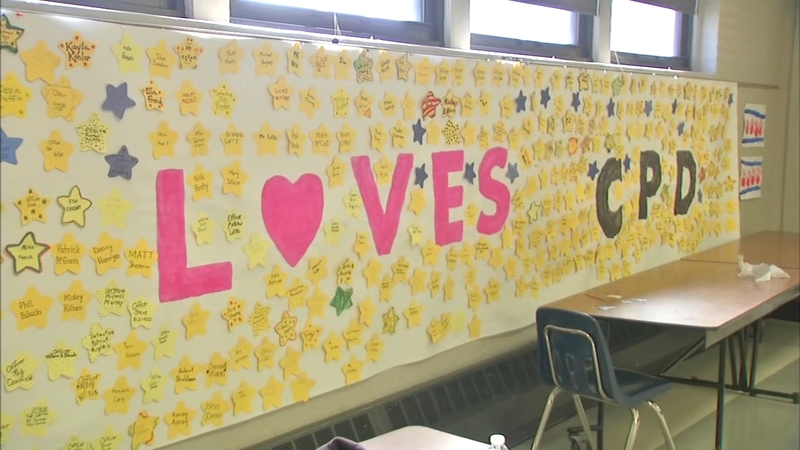 CHICAGO (WLS) -- A $20 to-go box filled with pancakes and sausage has been playing a part in saving the lives of Chicago police officers.

The eighth annual "Get Behind the Vest" pancake breakfast, hosted by 19th ward Alderman Matt O'Shea, was held Sunday morning.

"Now more than ever, we really need to band together and let them when men and women know law enforcement, we got their back," O'Shea said.

The event also helps build that connection between the community and Chicago's officers. That's a connection "Chicago Fire" actor David Eigenberg has long been a part of by showing up at the event each year.

"If humanity's about anything, it's about being together and working together and taking care of each other. And that's really what today is. You see a lot of beautiful hearts down here," Eigenberg said.

The pandemic forced this event to once again be carry-out rather than the large sit-down style breakfast it usually is. Still, there's no lack of support. Roughly 3,000 people came by to grab a meal and support Chicago's officers.

"I have a friend who has a son that was shot last year. And the vest saved his life," said Pat McGuire, who purchased a meal.

Thousands of people came out to show their support for local Chicago police officers and their safety. The event supports the Chicago Police Memorial Foundation and its goal of replacing 500 vests for officers each year.

Bulletproof vests need to be replaced every five years and they cost around $600 each.