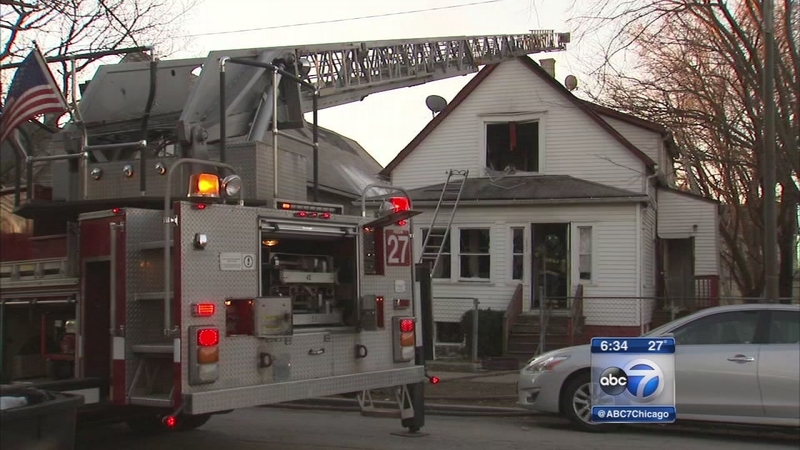 CHICAGO (WLS) -- One person is dead and another injured, after a house fire Saturday morning on Chicago's Far South Side.

Officials say the fire started after an illegal electrical connection was used for residents to stay warm around 7 a.m., in the 100-block of East 103rd Place in the city's Roseland neighborhood.

Firefighters managed to put the fire out fast enough to save the structure.

Fire officials said the culprit was an overloaded electrical connection with extension cords from a neighbor supplying electricity illegally to the house where the fire started. Apparently the overheated cords sparked a fire in a pile of clothes.

Firefighters found one person on the main level and three others in the basement. William Gordon managed to escape. His 60-year-old friend living downstairs did not.

Gordon says he's unaware where the electricity was coming from. The home also had no smoke detectors or gas service. And in with the cold temperatures Saturday, firefighters said there were several space heaters in use. A resident says there were three families living here, five people total, all of them renting.

Alderman Anthony Beale said that there was help available and that they didn't have to live like this.

"We just want to let residents know that you need to have working smoke detectors," Beale said. "And reach out for resources, because resources are available to help, all you need to do is reach out and we try to assist whenever we can."

The medical examiner has not released the identity of the 60-year-old victim.