Southwest plane in fatal engine blast had Chicago on schedule

WLS
By Chuck Goudie and Barb Markoff
CHICAGO (WLS) -- When a Southwest Airlines jet made an emergency landing this morning in Philadelphia, it was a quirk of timing that it wasn't in Chicago. Flight records show the same Boeing 737 was scheduled to fly to Midway Airport on the Southside Wednesday morning, at the very same time of day as Tuesday's accident.

Whatever went wrong with the plane's left engine, the turbine apparently broke apart and forced a mayday landing in Philadelphia.

A photo of the Southwest jet taken last year by a plane spotter reveals the same tail number of a plane that was on the books to have been in Chicago tomorrow morning. 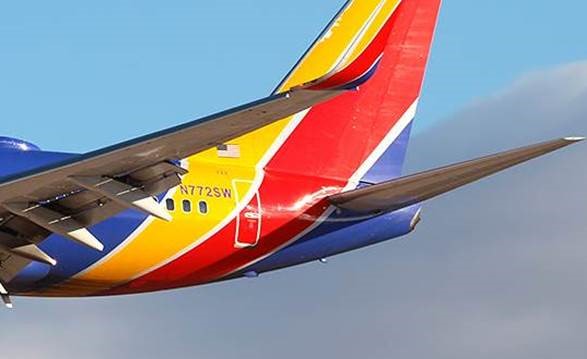 Photo by Angel Natal provided to the ABC7 I-Team

Tuesday night that plane is the focus of a federal investigation. The New York LaGuardia to Dallas Love Field flight suffered an "apparent in-flight engine failure of the left engine."

According to Robert Sumwalt, chairman of the National Transportation Safety Board.

When the engine blew at 30,000 feet, oxygen masks dropped from the ceiling and a passenger flipped on Facebook Live to show what was happening.

He was apparently seated near a woman in a window seat, who was killed when shrapnel pierced the plane. Numerous passengers say she was nearly sucked out of the aircraft.

The dead passenger was identified Tuesday evening as Jennifer Riordan from Albuquerque, New Mexico, a bank executive, wife and mother of two. 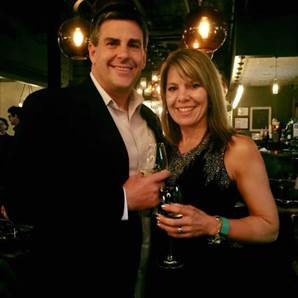 Jennifer Riordan and her husband Mike in her Facebook profile photo

"We were notified that Jennifer Riordan was tragically killed today as a result of the emergency situation on a Southwest Airlines flight. Jennifer had previously been a member of The University of New Mexico's Health Sciences Center family, working in marketing," said Dr. Paul Roth, chancellor at the university's Health Sciences Center. "Jennifer was an amazing community leader, team member, wife and mother. Her passion for our community, our students and our future was unwavering. We are committed to carrying on her work to ensure quality education and career opportunities to New Mexico's youth. Our thoughts and prayers remain with her family during this difficult time. She will be forever missed by her Lobo family."

The accident was Southwest's first-ever flight death of a passenger in 50 years of operation. The last time someone died in connection with a Southwest flight was December 2006 at Midway Airport. A jet skidded through a perimeter fence and into a car, killing a six year old boy.

"This is a sad day and our hearts go out to the family and the loved ones of the deceased customer," Southwest CEO Gary Kelly said. "We will do all that we can to support them during this very difficult time."
Report a correction or typo
Related topics:
woman killedi teamsouthwest airlines
Copyright © 2020 WLS-TV. All Rights Reserved.
I-TEAM

Stimulus check update: 300K in Illinois to receive letter from IRS on eligibility